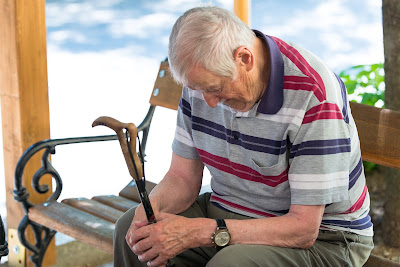 Do you know what happened after Jim Elliott and four other missionaries were speared to death in Ecuador in 1956? Thousands of young people were emboldened to take the Gospel to the mission field. The suffering and the sacrifice of Christians around the world today should give us courage to put the Gospel first. It’s worth it!

Suppose you had told Elisabeth Elliot when she first met Jim in college that she would one day be a widow with a 10-month-old baby girl, and that she would go with her daughter to the tribe that killed her husband. She would struggle and suffer there, but God would lead that tribe to faith in Jesus. She would have another husband who would leave her a widow. She would become an author and have a radio broadcast and speak at conferences and thousands would come to know Jesus or love Him better because of her. She may have said to that, “I can go through those trials for that kind of fruit.” But Elisabeth Elliot didn’t know any of that when she married Jim, or when Jim was killed trying to take the Gospel to the Waodani people.

When we are in the middle of a trial, we don’t see the fruit that will come. But our job is to trust, to be joyful, and to remain faithful. Because this is the truth: God will give others confidence to trust Him more in their suffering when they see you trusting Him in yours. Paul’s imprisonment in Rome, he wrote to the Philippian church, had emboldened his fellow Christians, “to speak the word without fear.”

Francis Chan tells the story about a fellow pastor who was driving down the road and saw a driver in front of him accidentally swerve and hit a man on a bicycle in the bike lane beside him. The man on the bike was OK, but furious. He ran over to the car and opened the man’s door and started beating him! What would you do if you saw this, Chan asked, especially if the man he was beating was 75 years old? The pastor in the car behind him didn’t know what to do, but finally he jumped out and tried to pull the man off the old guy. The cyclist turned and started beating him, instead. The pastor asked himself, do I fight back? He did. He hit the cyclist and knocked him out cold.

The police showed up and asked the pastor what had happened. Pointing to the unconscious cyclist, the policeman asked, “How many times did you hit him?” The pastor said, “Honestly, just once.” “That’s what all the witnesses said, too,” the policeman replied.

When Chan told this story at church, everybody applauded. Then he said, “How many of you would have gotten out of the car to stop the assault, even if the man were bigger than you?” Most nodded or raised their hands. He said, “OK, so you would have the courage to intervene, to save this poor old man.” Then he said, “How many of you would go share the gospel with a 75-year-old man who is sitting alone in a restaurant, if you knew he was not a Christian?” No one nodded or raised his hand. Chan asked, “Why is it easier to be courageous in physical matters and not in spiritual matters? Could it be (because) speaking the Gospel is warfare?”

Hey, I dare you. Ask God to give you courage today to put the gospel first. Then get ready to speak when He opens an opportunity the same day. He will.
By Mark Fox