Some things you just don’t borrow 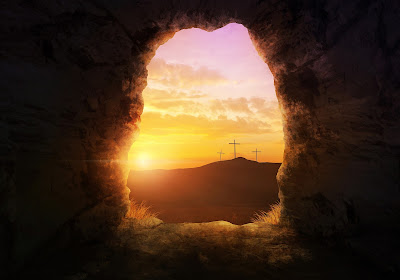 How many of you remember your Mom’s stern warning to you as a child: “Do not borrow anybody’s comb!” My Mom was pretty convinced that if I ran someone’s comb through my hair, I would instantly be infested with microscopic creatures that would eat through my scalp and destroy me and life on the planet, as we know it. She even said I would be better off drinking out of somebody else’s cup than to use their comb. So I went through my childhood with an irrational fear of hair germs and would break into a cold sweat when I saw teens sharing their combs (or their picks…remember those?) willy-nilly, without regard for life or limb or scalp. I was convinced that’s why this kid in high school named Chad went bald at 18. He was probably sneaking behind the gym with borrowed combs almost every day.

There are some things you just don’t borrow. Like mouth guards, if you are playing on the basketball team, riding the pine, and suddenly the coach yells for you to get in the game. I never expected that to happen. I was one of those guys at the end of the bench who, if this were a Final Four game, would be locking arms with the other benchwarmers as the starting point guard stood at the free throw line, trying to ice the victory. I never expected to be put in the game. We couldn’t be enough points ahead for the coach to put me in the game. But here he was, calling my name, and I can’t find my mouth guard. Hey, better to risk losing all my teeth in the lane as I am bumping armpits with my head, while trying to get a rebound, than to borrow a mouth guard from Lewis, the kid on the bench even further down the roster than me. I am pretty sure that Lewis kept his mouth guard inside his tennis shoes when they weren’t on his feet. For all I knew, he may have thrown his comb in there, too. No way am I borrowing his mouth guard.

There are some things you just don’t borrow. Like burial plots. I mean, once you are dead, you’re dead, right? There is no way you can borrow a burial plot. You can only borrow something that you intend to give back.

Check the records. There is a burial plot in Jerusalem owned by a certain Joseph of Arimathea. When Jesus of Nazareth was crucified nearly 2,000 years ago, Joseph asked Pilate if he could take the body of Jesus. He put Jesus in “a new tomb in which no one had yet been laid.” Three days later, that tomb was available again because Jesus was raised from the dead, just as He said He would be. You know what is interesting about the Son of God? He entered the world through a virgin birth. He entered Jerusalem for His final week on a borrowed donkey colt, one that had never been ridden. He was laid in a borrowed tomb on Friday, which He gave back on Sunday.

There are some things you just don’t borrow. But I will be eternally grateful that Jesus borrowed His gravesite. That means I will only be borrowing mine for a while, too.

The angel said of Jesus, “He is not here, for he is risen, as he said. Come see the place where he lay.” This, my friends, is why we celebrate Easter tomorrow, and every day: Jesus rose on Sunday, and conquered sin, death, and the grave.
By Mark Fox