Do not worry about what you can’t control 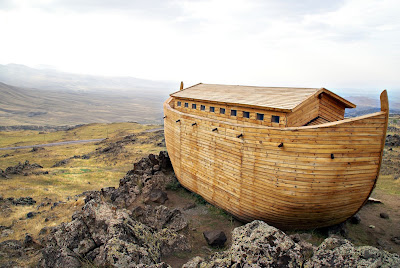 At the funeral of a dear friend last week, I heard the following story from David, one of her sons.

Seems this lady was a classic worrier, even though her faith was firmly settled in Jesus. And as classic worriers tend to do, and really all of us do this, they worry much about things that are outside of their control. The son got a phone call from his dad years ago. He said it startled him a little because his parents always called at certain times in the week, and this was outside the norm. His pastor dad sounded very concerned and asked his son if he would do something for him. Of course, the son answered, and waited to hear the news. He knew his parents were getting ready to leave soon for a trip to Hawaii, and he knew that for his mother, flying was death. But he was surprised to hear his father say something about the fruitcakes that David’s mom loved to make, and how she always included brandy in the recipe. And he was reminded that his dad had to travel two counties over to buy the brandy, lest someone would see him, their pastor, in the ABC store. Then his father said, “If our plane goes down, don’t grieve or mourn or do anything until you’ve done this. Go directly to our house, look in the shed, and on the floor behind the freezer, you will find the bottle of brandy. Destroy it at once.” The folks in the memorial service roared with laughter, and a few minutes later it was the older son’s turn to give a eulogy for his mom. Jeff looked from the pulpit to his father in the front row and said, “I just have one question, Dad. Why was it that the younger son got to know where the brandy was kept?”

In his letter, James tells his readers to be patient until the coming of the Lord. Then he reminds them that the farmer is absolutely dependent on the rain. And we know that rain is absolutely outside of our control. Farmers have to trust God with what is His to do. I love the late Keith Green’s song, “He’ll Take Care of the Rest,” especially his verse about Noah: "You just think about Noah, totin' his umbrella, when there wasn't a cloud in the sky. All his neighbors would laugh at his pet giraffe, and they would snicker as he passed by. But the Lord said, 'Hey Noah, be cool — you just keep building that boat, it's just a matter of time, 'til they see who's gonna float; you just keep doing your best, and pray that it's blessed; hey Noah, I’ll take care of the rest, I'm the weather man!'” If you know the story, you know that Noah worked for 100 years, building an ark in a world that had never seen rain, much less a flood.

What we learn from Noah was that not only did he trust God completely with the things that were outside of his control, but he also trusted God completely with the things that were under his control. What was in Noah’s control? The ark. He was told by God to build the ark. His obedience was just as necessary as the rain. He couldn’t control the rain: that was on God. He could only control his obedience.

So, why do we worry? Jesus said, “Which of you by being anxious can add a single hour to his span of life?”