It’s not the legs that matter most 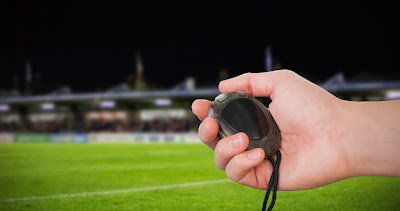 I heard a former NFL coach say that the most important thing about the scouting combine was that it gave the scouts and coaches an opportunity to look the players in the eye and see what kind of character they have. “Their speed in the 40 is highly overrated,” he said. “What is most important is the interview.” The most important consideration for coaches looking to draft a young player to their team is their character? Maybe even the NFL is learning that athletic prowess connected to unbridled character leads to trouble. Just let the athlete talk about himself for five minutes, and what’s in the heart will come out.

It’s the same in the business world. When two equally skilled people compete for the same job, the person who gives the best interview usually lands it. One professional said there are five red flags for him in an interview, any one of which is a deal-breaker. Even if the candidate is imminently qualified, he won’t get the job if: 1) He talks too much; 2) She doesn’t have a basic understanding of the company; 3) He is not wearing a suit; 4) She begs for the job; 5) He doesn’t know how to communicate why he would be a good fit for the company. I would suggest that each of those "flags" indicate character problems of selfishness, laziness, carelessness, insecurity and unpreparedness.

In the NFL combine or the professional interview, the question is, does the man or woman reflect the resume? The employer is trying to get a look at the heart, the character, the real deal. God does the same.

David asked God in Psalm 15, “Lord, who may abide with You? Who is able to stand in Your presence?” He was not asking God how to be saved from his sins. That only comes by grace through faith, which cannot be earned by any man or woman. Christ paid for it on the cross. David was asking how he could know that he was really walking with God. “Lord, how can I live in such a way to enjoy the fullness of your fellowship?”

I have a warning for any of you dear readers who might entertain these thoughts: “I don’t care about the fullness of His fellowship. I just want to make sure I am in. That when the roll is called up yonder, I’ll be there.” If that is the attitude of your heart, it may call into question whether you have ever known true repentance. When the Spirit of God comes in, He doesn’t just take up space, He takes over. There is an ongoing change in a person’s thought patterns, actions, desires, motives, goals, and affections when he has been born again. That doesn’t happen when we say to God, in effect, “Stay in this closet in the basement, please, so as not to get in the way with how I want to live my life; when I need You, I’ll let you know.” Instead, regeneration results in extreme makeover, and there are dire consequences for all who would pretend. As Charles Spurgeon said, “To own Him in our profession (what we say) and deny Him in our practice (how we live) is, with Judas, to betray Him with a kiss.”

Read Psalm 15 and see how your walk, your talk, and your values will stand as evidence of life-change. And yes, Virginia, there is a final exam. All who truly know God will pass.

No matter how fast or slow they run the 40.
By Mark Fox

Hello Pastor Mark Fox. I am also a Pastor from Mumbai, india. I am so glad to come to contact with you through your profile on the blogger and the blog post. I am encouraged by your post on "It's not the legs that matter most" Very interesting and thoughtful spiritual insights. I am truly blessed and feel privileged and honored to get connected with you as well as know you as a Pastor. I love getting connected with the people of God around the globe to be encouraged, strengthened and praying for one another. I have been in the Pastoral ministy for last 37 yrs in this great city of MUMBAI a city with the great conrast where richest of rich and the poorest of poor live. We reachout to the poorest of poor with the love of Christ to bring healing to the brokenhearted, We also encourage young and the adults from the west to come to Mumbai to work with us during their vacation time, We would love to have your young people come to Mumbai to work with us during their vacation time. I am sure they will have a life changing e xperience. Looking forward to hear from you very soon. God's richest blessings on you, your family and friends. Also wishing you a blessed and Christ centered rest of the year 2-17. My email idis: dhwankhede(at)gmail(dot)com and my name is Diwakar Wankhede. God willing I will be coming to the United States in the month of May 2017 and will be so glad to stop by your place and meet with you to share more about the out reachministry we have to the poorest of poor in the slums of Mumbai.