Clearing the Roadblocks: Is Jesus the Only Way? 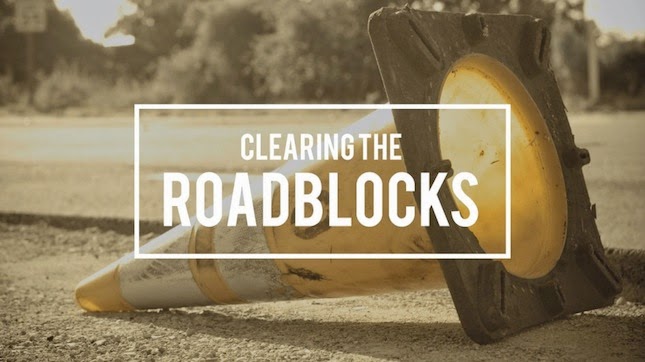 Challenge: I believe Jesus was a good teacher and a great person, but when he says he's the only way to God, that's when I hit pause. That just sounds too exclusive, too unloving. If Jesus really is God—and if God really loves us—couldn't he make salvation a little less narrow?

I certainly understand the objection to the idea "Jesus is the only way" and I don't think it's a stretch to say that this challenge isn't just a difficulty for skeptics. If we're all honest, most Christians have felt the uncomfortable nature of Jesus' claim as well.

But let me point something out here at the onset: just because a truth claim is narrow or exclusive (or presented in an unloving manner), that doesn't automatically make it untrue. In fact, I would suggest there are all sorts of narrow truth claims that we are presented with every day, yet we don't bat an eye at them because they are plainly obvious to us.
So we can't discount Jesus' claim simply because of narrowness or exclusivity. And we can't write the message off simply because sometimes the messengers are less than compassionate in their delivery. Rather, we have to deal with the veracity of Jesus' claim itself.


And the Word became flesh and dwelt among us, and we have seen his glory, glory as of the only Son from the Father, full of grace and truth. (John 1:14, ESV)

I love the opening of the book of John, but I have always been especially captured by the phrase that John used to describe the coming in flesh of the Son of God as "full of grace and truth". Jesus came both proclaiming full truth but with absolute grace. I believe it was Tim Keller who said "Truth without grace isn't really truth. And grace without truth isn't really grace."It is only in Christ that we find the perfect balance of grace and truth. Perhaps "balance" is the wrong word to use because that sounds like 50/50. In Christ we find the perfect union of the two.

So when Jesus says "I am the only way to God", he is saying this as one full of truth. But even more than that:


Every time Jesus makes his "only way" claim, it is always directly tied to his deity. [1]

Or to put it another way, the reason Jesus can say "I am the only way you can come to God" is precisely because he is God coming for us.

This—as an aside—is the precisely the problem with the popular "Blind Men and the Elephant" illustration. In the story, a group of blind men stumble on an elephant and begin proclaiming that it is "like a rope", or "like a tree", or "like a wall" because they each only experience a part of it. Thus, the storyteller says, I believe that everyone is right because we're all only seeing a part of God.

Here's the problem. The story only works because the storyteller is taking an omniscient all-seeing perspective—and because the elephant can't speak for itself and say what it is like. But if Jesus is who he says he is, then he is the omniscient storyteller and he is elephant speaking up for itself. If that's the case, only Jesus gets to say what God is like.

So the one thing most people want to do with Jesus is exactly what you mustn't do. You mustn't say, "I believe Jesus was who he said he was. I believe he was God. But I don't believe he's the only way to God." To do this is to separate two things that Jesus said were inextricably linked.

So if you refuse to agree with Jesus on this one point, at least have enough intellectual integrity to call it what it is: you have an honest disagreement with Jesus.

But while some may have an intellectual objection to Jesus' claim, I've found that the tension most people feel here is more of an emotional one. And this is not a criticism, I feel that same tension! (But remember: how we feel about a truth claim doesn't change the fact of it.)

But it is at this very point that Jesus—full of grace and truth—meets us. Because we are not the only ones that feel the uncomfortable exclusivity of this claim. Jesus felt it too. Let me say that again.

Jesus felt the narrowness of his own claim more starkly than anyone else ever will.

On the night before his crucifixion, Jesus knelt in the garden of Gethsemane and pleaded in prayer, "My Father, if it be possible, let this cup pass from me; nevertheless, not as I will, but as you will...if this cannot pass unless I drink it, your will be done." (Matt. 26)

What was happening here? Jesus—knowing the immense price he was about to pay to open up a way for us back to God—was asking for another way. Jesus was feeling the the exclusivity of his own claim and it ultimately crushed him. To death.

And yet Jesus was willingly crushed to death under the narrowness of his own claim out of love for us. Because Jesus didn't just come proclaiming "I am the only way to the Father" as one full of truth. Truth without grace here would have been cold indifference. But Jesus comes full of grace and truth declaring "I am the only way"—and then gives his own life to secure it.