It started with a cake 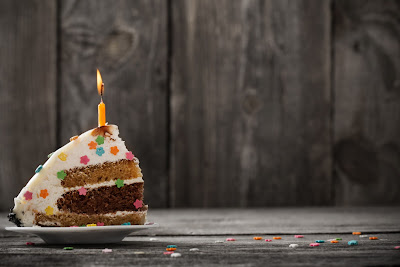 We have been together to Africa on a mission’s trip, our paths rarely cross. But I love talking to this man because he is one of those individuals who live, it seems, on a completely different plane than the rest of us. I could tell you lots of stories, but I will just share this one.

One day several years ago, Eddie was doing two things that he enjoys the most, walking and praying. Suddenly the Lord interrupted Eddie’s prayers with this thought: While you are praying for missions and missionaries overseas, why not also pray for your neighbors? Eddie said, “OK, I will do just that.” He thought about it for a few minutes and decided to pick the hardest case on the block, a man who was known and avoided by everyone because of his drinking. He was rarely sober but he held down a job, even owned a business. Eddie began to pray for him every day, that God would touch his heart and open it to the gospel of Jesus Christ. He found out one day that the man’s son was celebrating a birthday, so Eddie went to the store and bought a birthday cake and left it in the bag and hung it on his neighbor’s door. Eddie knew he would be coming home for lunch and sure enough, the man called him about 30 seconds after he arrived.

“Did you leave that cake hanging on my door?” the man asked.

“Well, because we are neighbors and I have never really gotten to know you. I knew it was your son’s birthday, so I just wanted to do something neighborly for you. I wanted to show you that I care about you.”

There was a long pause. Then the man asked Eddie if he thought you could still go to heaven if you never went to church. Eddie said yes. “Would you come over and talk to me about that?” the neighbor said. Eddie replied, “You mean now?” The man did mean now, so Eddie told him he would be right over.

Eddie knew his neighbor, who owned a tire store, was wearing coveralls, so he put some coveralls on, too. Then he went over and knocked on his neighbor’s door. When he walked in, and surveyed the scene, the man asked Eddie if he had ever seen anything like it. Eddie said, “Well, only in bars. I admit that I have never seen a house that was, uh, decorated quite like this.” Every wall was plastered with beer signs and beer clocks and beer ads.

They had a long talk that day. Not long after that, the neighbor showed up at Eddie’s home Bible Study. Then, he laid down his addiction to alcohol. Eddie grinned as he talked about the drastic changes that had taken place in this man’s life after he believed the gospel and surrendered to Jesus Christ. I grinned as I thought about this friend of mine, winning the war on sin one lost soul at a time. I am challenged in my own witness when I hear stories like that. I hope you will be, too. As we stand on the threshold of 2017, here’s a great idea I didn’t come up with:

“Go into all the world (or your own neighborhood) and preach the gospel to every creature.” You can always start with a cake.
By Mark Fox