He was ready to preach, pray, or die 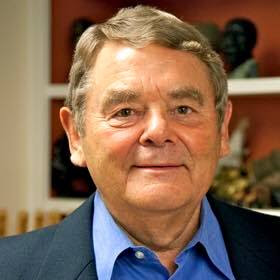 When I was 15, I saw the New Directions perform on a Sunday in Advance, N.C. There were 25 young people, not much older than me, singing about Jesus and giving testimonies about how he had changed their lives. The leader of this interracial group was a man with longer hair and bushy sideburns, a bullhorn voice, and a passion for preaching like I had never heard. His name was JL Williams. I was mesmerized, and thought to myself, “I would love to be a part of a group like that.” Who knew that 11 years later, JL would ask me and Cindy to lead the team? For three summers, we recruited, trained, and led young people to churches and prisons and inner cities throughout the East Coast, and into Haiti at summer’s end, sharing the Gospel through song and preaching. From that experience I was led to help start a church in 1987, with JL as one of the original leaders for Antioch.

I was mesmerized again on Dec. 31, which would have been JL’s 75th birthday, when more than 1,000 people gathered at Lamb’s Chapel to celebrate his life and remember the impact he had on so many. JL died on Dec. 28, and three days later there were men from India, Nepal, Zimbabwe (via video) and Haiti who had somehow made it to Burlington so they could share their love for this man, and their gratitude for his ministry. They were among the hundreds of pastors whom he discipled in other countries. It was said at least three times in the two-hour service: “JL was a connector.” Everywhere he went, and he went everywhere, JL connected leaders to one another, and mission needs to mission givers. He took countless businessmen and women on “Kingdom adventures” to Africa and Asia. He raised millions of dollars to feed orphans, fund schools, dig wells, and build churches. He believed that ministry to the soul was most important, but that a man could listen better with a full belly, so JL did all he could to minister “to the whole man with the whole Gospel.”

It started in the late '60s when his brother Ed invited JL to come to Burlington and run some programs at the local YMCA. In 1968, JL formed what became known as the New Directions, and hundreds of young people from Burlington and eventually from other states and countries, learned to follow the Lord by following JL around the country. I asked JL once if he would disciple me. He smiled and said, “Come and go with me; discipleship is not a program, it’s a way of life.” In 1998, JL asked me to lead a ministry team to Haiti, and promised that if I did, he would take me with him to Africa. The next summer, I invited Scott Hahn, a new graduate of Elon, to go on that African adventure with JL that took us to Kenya, Zimbabwe and South Africa. Since then I have made more than a dozen trips to Africa, taking my wife and each of my children at least once, and many others as well. JL’s legacy includes hundreds of Americans who pray and give and go into all the world because of his influence.

JL was famous for saying, “We always need to be ready to preach, pray, or die.” He did the first two countless thousands of times and loved Jesus with a passion, so when it came time to do the third, he was ready.

If JL were here today, he would want to ask, “How about you? Are you ready?”
By Mark Fox