As believers, we are called to this fight 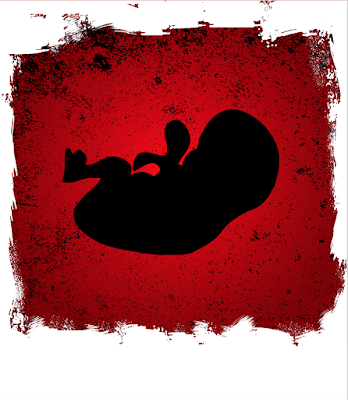 Scene one: A boy walking home from school is cornered by a bully who forces him to his knees, throws his books in a mud puddle, and runs off as the boy whimpers with shame.

Scene two: The boy takes a different path home, fearing another encounter with his tormenter. It doesn’t work. The bully follows him, and scene one is repeated.

Scene three: The young boy asks a friend to walk home with him, but when the bully shows up, the friend runs away. Scene one is repeated, with the bully taking it one step further: He makes the young boy kneel in front of him and say, “You rule, and I drool.” Laughing hysterically, the bully slaps his "servant" in the face and runs off.

Scene four: The boy stays home from school, feigning sickness. He is consumed with fear. His grades suffer, he cannot sleep, and he even wets his bed, something he hasn’t done since he was 4. The camera rolls through scene after scene of the bully’s torments and the agony of a child who begins to wish that he had never been born. Then one day, everything changes.

Scene five: The bully is putting the boy through the normal routine when suddenly a new kid walks down the road and witnesses the scene. Joshua has just moved to the neighborhood and doesn’t know anybody yet. He is a big boy, much bigger than the bully, and he runs over and throws the bully off the young boy. He helps the boy get his books together, brushes the dirt out of his hair and off his face, and then walks the rest of the way home with him. From that day on, the two become fast friends, and the word on the schoolyard is, “Wherever Joshua is, his little buddy is not far behind.” The camera rolls through scene after scene of the two developing a friendship, playing ball together, watching TV, going to church, and eating lunch at school.

Scene six: Joshua is sick at home, and the bully has been watching and waiting for this opportunity. He knows it will be fun catching up with his "servant," making up for many lost days. What he doesn’t know is that the young boy is not afraid anymore. Joshua has been more than just a friend and protector; he has taught his young friend how to fight back. When the bully starts to run at the young boy, he is met with a surprising blow to the gut, followed by an elbow drop that sends him crashing to the pavement. The victim has become the victor.

The story I wrote was born out of this quote from Stephen Schwarz’s book, "The Moral Question of Abortion": “Suppose, in the encounter between doctor and child [in an abortion], the child won half of the time, and killed the doctor in self-defense — something he would have every right to do. Very few doctors would perform abortions. They perform them now only because of their absolute power over a small, fragile, helpless victim.”

God is raising up more like Joshua who are willing to fight for the unborn, and to take a stand against those in abortion clinics who “stealthily watch for the helpless” and “murder the innocent.” (Psalm 10)

Our weapons are prayer and counsel and laws, not fists or guns. But make no mistake — we are called to the fight. As Dr. Mildred Jefferson said, “The fight for the right to life is not the cause of a special few, but the cause of every man, woman and child who cares not only about his or her own family, but the whole family of man.”
By Mark Fox