Only God can tame this beast 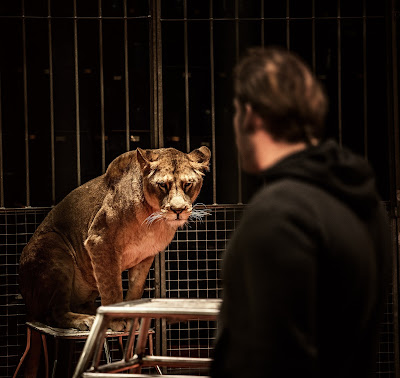 What weighs less than two ounces, works almost constantly for 16 hours a day, and cannot be controlled by either man or woman? The mighty tongue. I know what Charles Wesley meant when he wrote “O for a Thousand Tongues to Sing,” but we just couldn’t survive it. 999 of them would be gossiping or backbiting or complaining, while the one would be singing “our great redeemer’s praise.” No thanks, Charles. One is plenty.

A family sat around the table for breakfast one morning. As was his custom, the father prayed and thanked God for the food. Immediately afterwards, as was also his habit, he began to grumble about the food and how it was prepared. His young daughter said, “Daddy, do you think God heard what you said when you thanked Him for the food?” “Certainly,” replied the father with confidence. “And did He hear you when you said bad things about the food?” “Of course,” the father replied, hesitantly. His little girl said, “Daddy, which did God believe?”

James illustrates the power of the tongue to direct, destroy, and to delight (or deceive) in his third chapter. The first word picture compares the tongue to a bit. A bit is put into a horse’s mouth so that a 60-pound kid can direct a 1,000-pound horse. One of my dad’s decisions when I was growing up was to buy a Palomino and keep him pastured offsite. I remember going over to ride Sundance on occasion. Every time I did, the horse would obey my instructions given through the bit and bridle for a little while, and I could set my watch by what happened next. After 10 minutes, he would get tired of the whole thing, because he knew somehow that I was really not in charge, and he would take off for the trees. Gaining speed as he got closer, all while I am pulling back on the reins and yelling, Sundance would go straight for the low branches to try to knock me off. That horse was evil. No, he was just like me as a young man, and sometimes as an older man. He did what he wanted to do; he was not going to be controlled by someone else. When the horse submits to the bit, then the rider has control over the horse’s whole body, and the ride is a pleasure for both. So it is with the tongue.

The tongue boasts of great things, James says, and it can be used to direct a nation toward good or evil. On Aug. 20, 1940, Winston Churchill said to the House of Commons, “Never in the field of human conflict was so much owed by so many to so few.” He said this to praise the courage of the Royal Air Force pilots in their ongoing battle against German warplanes engaged in nightly bombings of the city of London. On his way to give the speech that day, Churchill was going over his speech. He had planned to say, “Never in the history of mankind have so many owed so much to so few.” His chief military assistant, Pug Ismay, said, “What about Jesus and His disciples?” Churchill smiled and said, "Good ‘ol Pug," and he changed his speech, to “Never in the field of human conflict…”

The tongue of one man, Churchill, directed a nation, and gave them courage in the face of an enemy. On the other hand, someone has calculated that for every one word of Hitler’s autobiography, Mein Kampf, 125 lives were lost in World War II.

Only God can tame the tongue.