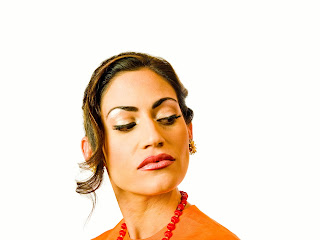 In his commentary on James, Kent Hughes tells the story of a woman who came from “the other side of the tracks,” to visit a prominent church in her city. She may have wondered why no one ever spoke to her or welcomed her, but she liked the church anyway, wanted to join, and told the pastor so. He told her to go and think about it for a week. She did and came back and told him she wanted to join, and he said, “Let’s not be hasty. Go home and read your Bible every day for an hour, and come back next week and see if you still want to join.” She did. And came the next week wanting to join. He said, “Let’s do one more thing. Go home and pray every day this week, asking the Lord if he wants you to come into this fellowship.” The pastor didn’t see her after that for six months. Then one day they met on the street, and he asked her what had happened. She said, “Oh, I did what you suggested. I prayed every day for a week, and one day while I was praying the Lord said to me, ‘Don’t worry about not getting into that church. I’ve been trying to get into it myself for the last 20 years!’”

James questions the integrity of those in the church who would welcome the rich man to the church, offering him the best seat, fawning over him because of his wealth, and then telling the poor man dressed in shabby clothes to stand, or if he must, be seated on the floor. There’s a difference between showing honor to someone and showing partiality. We honored three sailors in our church two weeks ago, three young men who are stationed at different places and had come home to Antioch while on leave. If the governor or any civic leader were to visit the church, we would honor him or her because of the position God has given them. Peter said, “Honor everyone. Love the brotherhood. Fear God. Honor the emperor.” But here’s the thing. If the wealthiest person in town showed up in your church, you would do wrong to make a big show of his attendance, to honor him simply because of his wealth. The sad truth is that too often churches go even further, making a rich man an elder, not because he has the spiritual qualifications, but because he has a pocketful of cash.

The question James is asking us to consider is this: does our reaction change depending on who walks in the door on Sunday morning? To show partiality means literally to “receive the face,” to accept or reject a person based on outward appearance. Our tendency may be to see the clothes and the car and the house and the lifestyle, and to honor someone based on those things. We must not do that, and if we allow that thinking in the church, we are headed for trouble. You see, though the world puts premium value on wealth and status, the church must not, because God has turned that upside down in Christ. “He has brought down the mighty from their thrones and exalted those of humble estate; He has filled the hungry with good things, and the rich He has sent away empty.”

True riches are only found in Christ, and He welcomes all who come to Him by faith: rich or poor, highly educated or a high school dropout, powerful in society or just known by friends and family.