We grow according to our obedience 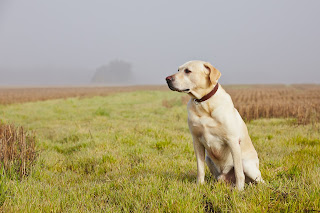 The late poet Archibald Rutledge told of meeting a man whose dog had just been killed. Heartbroken, the man explained to Rutledge how it happened. Because he worked outdoors, he often took his dog with him. That morning, he left the animal in a clearing and gave him a command to stay and watch his backpack that had his lunch in it, while he went into the forest. His faithful friend understood, for that’s exactly what he did. Then a fire started in the woods, and soon the blaze spread to the spot where the dog had been left. He stayed right where he was, in perfect obedience to his master’s word. With tears, the dog’s owner said, "I always had to be careful what I told him to do, because I knew he would do it." That’s the kind of obedience that Jesus demonstrated to the Father. He went through the fires of suffering and death to accomplish God’s purpose, to win our pardon, pay for our sin and invite us into a relationship with Him. For His glory and for our great good, He also calls us into obedience to the Father’s will, no matter the cost.

In James’ powerfully practical book, he says the key to obedience to God is found in looking intently into the perfect law of liberty, God’s Word, and then doing what it says. Sounds so simple, doesn’t it? Why then do most of us struggle with this? James said a person who hears the Word and doesn’t do it is like a man who looks in a mirror and walks away, forgetting at once what he looks like. Most scholars believe the man forgets what he looks like not because he has short-term memory loss, but because he chooses to forget. He looks at himself in the mirror and sees the ravages of sin, the scars of lifestyle choices, the marks of laziness or lust, bitterness or gluttony. And he hurries away to the rest of his day, because he doesn’t even want to think of what changes he would have to make if he really took the image in the mirror seriously.

Isn’t that what Sunday morning can become, and has for many? We hear the Word and know that God is speaking to us, but as soon as the last amen is uttered we are out the door and on our way and whatever rumblings we were feeling in our soul during the sermon are gone. I have been in the movie theater, and so have you, where the credits are rolling and no one is moving. Everybody is sitting speechless, powerfully moved by what they have just seen and heard. There’s not a whisper in the place and if there is, it seems unholy. Everyone is stunned by what just happened, and no one wants to leave. That begs the question: when was the last time you responded to the Word like that? When was the last time you heard the message of truth from the Scripture and could not move from your seat until you had dealt with what God was speaking into your soul? Those times are much too rare, friends, but they don’t have to be. They increase at the same rate with which we take the truth of God’s Word for what it is.

Do you ever wonder why some Christians grow to maturity with rocket-like speed, and others seem to plod along in the same place for years? This is a key. We grow up in proportion to our obedience.