Do not deceive yourself! 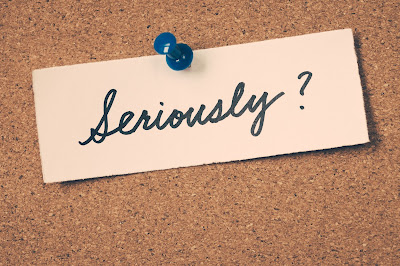 When Gene Chizik was the Auburn football coach, one of his players told him he wanted to be a doctor. But all Chizik had heard about were the player’s many trips to local watering holes. He called the student in and asked him if he still wanted to be a doctor. He said, “Yes sir.” Chizik replied, “No you don’t. You want to be a drunk. That’s what you’re repeatedly doing.” When Chizik told this story to writer Lee Pace, he referenced a quote by Aristotle: “You are what you repeatedly do. Therefore, excellence becomes not a single act, but a habit.” Chizik said, “This guy said he wanted to be a doctor. But that’s not what he was doing…Your habits tell me who you are.”

Gene Chizik held up a mirror for that student, didn’t he? He showed him what everybody else saw and what the student was deceiving himself into not seeing. Sometimes we just ignore the mirror. I was in a restaurant once and saw a man and his wife engaged in intimate conversation, leaning forward and gazing into each other’s eyes across the table. Hanging off his earlobe was what looked like a dollop of shaving cream. There were two things funny to me about that scenario. First, that he had never seen the dangling cream or maybe he had, but then the phone rang before he could get it off and he forgot about it. And second, that this woman who was gazing adoringly into his eyes wouldn’t tell him he looked ridiculous! We’ve all been there, haven’t we? Gotten dressed in the dark and ended up with a brown sock and a blue sock. Although today maybe that’s a fashion statement and not a faux pas. Or maybe you have walked out of a bathroom all zipped up and dressed in your best, not realizing you’re trailing toilet paper stuck to your shoe. Shaving cream, socks and toilet paper can only lead to a wounded pride. What if we are deceived about whether we are walking in truth? The stakes then are much higher. That’s why the Bible urges us, “Be doers of the Word, not hearers only, deceiving yourselves.”

Imagine someone who has a chronic illness going to a doctor and being told, “This is an illness I see every day, and there are three things you need to do to slow its progression and move towards a cure. If you don’t do these things, your condition will get worse and you will become debilitated. So, do this: Take this pill every day. Do this exercise for 25 minutes every day. Change your diet in this way.” The patient nods and walks out. Three weeks later a good friend asks the person how he is doing and he says, “Oh, I’m getting worse every day.”

“What?” the friend says. “I thought the doctor told you what to do that would help you improve.” The patient says, “I’m not going to do those things! The pill is hard to swallow and besides, I don’t like some of the side effects. Exercise wears me out, and besides, I just don’t have time to do that every day. Changing my diet is a pain, and besides, I like what I eat. I’ve been eating this way for 20 years.” What would you say to that person if he were your friend? What should you say to yourself if that is you?

Don’t kid yourselves. The truth of God’s Word is not for our information, but for our transformation. It only works if we walk it out.
By Mark Fox