A mission to care for the least of these 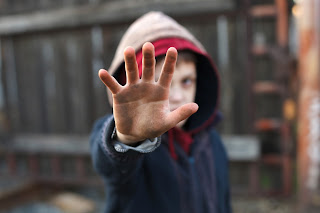 We are told in Scripture to visit widows and orphans in their time of need. It’s a powerful word in the Bible, to “visit” someone, and is used of the Creator. God didn’t send money or a postcard or even a representative. He came Himself. He visited us in our time of affliction. To visit widows and orphans is to enter their world, to make a difference in their lives, to help them in their time of need. Why widows and orphans? Because they were then, and they continue to be now, the most marginalized, the least cared for, the most vulnerable. The least, the last, the lowest. I love the story in Luke 7 when Jesus was about to enter the town called Nain, but traffic was stopped for a funeral procession. A young man was being carried out for burial, the only son of his widowed mother. Jesus stopped the procession, told the widow not to weep, and then spoke to the dead man: “Young man, I say to you, arise.” He sat up and started talking! But the best part of the story is what happened next: Jesus gave him to his mother. Jesus visited that widow in the time of her affliction, and changed her circumstances. He gave back to her the one she needed, the son who could take care of his mother.

Brant Hansen tells the story of his grandmother whom he said was the quintessential bread-baking, flower-growing, sweet-hearted grandma. She took care of his rude, demanding grandpa for more than a decade, hand and foot, because, Hansen writes, “She knew him as a different man, the man he was, and the man he could be.” After her husband died, Hansen’s widowed grandma eventually moved into a nursing home. One day a nurse handed her a glass of orange juice, and “My grandma,” Hansen wrote, “the sweetest grandma ever, threw it back in her face.” She wasn’t herself anymore. But the nurse got another glass of juice for her, because, that’s what it means to visit widows in their time of need. We don’t care for widows because of what they can do for us. Nor do we adopt orphans, or have children of our own, because of how they will benefit our lives. We do so because each life is precious to God, made in His image, created to know Him, glorify Him, and enjoy Him forever.

Jesus told His disciples that one day the righteous will stand before Him at the judgment, and be welcomed into the kingdom that is being prepared for them. And, they will be told that they fed him when he was hungry, and gave him drink when he was thirsty. And that they welcomed Jesus as a stranger and clothed him when he was naked. And when Jesus was sick or in prison, they visited him. The righteous will look at each other and the Lord in amazement, because they will not remember a time when they fed Him. He fed them often. Or when they gave Him a drink. He gave them living water. Or when He was feeling uneasy as a stranger and they invited Him in. He gave them hope, an eternal home, and a reason to live. And for the life of them, they don’t remember when the Lord was naked or sick or in prison.

And He will say to them, to all of us who know Him as Lord, “As you did it to one of the least of these my brothers, you did it to me.”
By Mark Fox