Receiving the Word can change your life 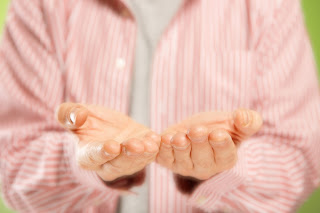 Rosaria Butterfield was a radical feminist, a lesbian, and a college professor who wrote about queer theory when her world was turned upside down. She was shown kindness and hospitality by a pastor and his wife, and after two years of being loved by them she came to know Jesus Christ as Lord. Butterfield is now a pastor’s wife, a mother, an author and a sought-after college speaker. Included in all that change was her attitude about the Bible. When Butterfield first started reading it as a professor, she did so not to hear what it had to say but to critique it, and to better understand how to discredit it in her classroom. In a recent interview with Marvin Olasky, editor of “World Magazine,” Butterfield said that during her feminist days she taught thousands of college students to despise the Bible. Now she has the opportunity to go on campus and face the fruit of her life, and she said, “I am really grateful that God has given me a chance to go and set the record straight.” At one time she was quick to reject the Bible, and now she is quick to hear it. That change in her life has made all the difference.

A side note of interest: Butterfield said she used to tell her students, “Look, if you want to argue with me about a book that I have read and you haven’t, I win! That’s it! No contest.” Now she says the same to students about the Bible and challenges them to give the book six months, to really read it with an open mind, and see what happens. “The Word of God is living and active, sharper than any two-edged sword,” and it brings radical change to those who “receive (it) with meekness.” Just look at the new life and work of Rosaria Butterfield.

The thing is, you can’t hear what the Bible says unless you are ready to listen. We used to teach our children to never walk into a room talking. If you do, we told them, two things are bound to happen. One, you will interrupt what is going on in the room. Two, you will not be ready to listen and learn from what is being said.

I was at the Y this week, and the poor guy who was in charge of a few kids for their summer program had a live one on his hands. I’m guessing this boy was around 7, and he was supposed to get his swimsuit on so they could go to the pool, but he wouldn’t do it. Here’s how their conversation went, word for word. “Do you want to go swimming?” “Yes.” “Then put on your suit.” “No.” “Then you will sit with me on the side of the pool.” “No.” “Those are your two choices. Put the suit on and swim or sit with me on the side.” “No.” They went through this routine three times until finally the boy just took off running out of the locker room and down the hall. My first thought was, “Dude, whatever they are paying you, it's not enough.” Later I thought, “Lord, is that what it’s like, far too often, for You to deal with me?” That boy heard every word the camp staffer said to him. Every mumbling word. And he received with meekness exactly zero of them.

Listening to God’s Word is one thing. Receiving it with meekness? Now, that can change your life.
By Mark Fox