Pride is the subtlest enemy of all 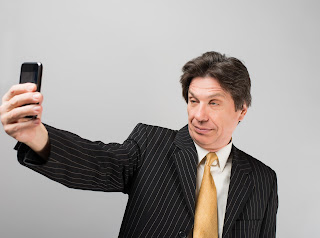 The new Marine Corps colonel, wanting to make a good impression on his first day on the base, got his opportunity when there was a knock on his office door. He immediately grabbed the phone (though it was not ringing) and said, “Come in!” to the Marine outside his door. He waved the private in with a scowl as he said into the phone, “Yes, general, I understand. Thank you for your confidence in me, sir. I will not let you down.” The colonel hung up the phone, looking smug and feeling great. He snapped at the Marine who stood waiting: “Well? What do you want, private?”

Ravi Zacharias tells the story in his book, “Can Man Live Without God?”, of Muhammad Ali, flying to one of his engagements. “During the flight the aircraft ran into foul weather, and mild to moderate turbulence began to toss it about. All nervous fliers well know that when a pilot signals ‘moderate turbulence,’ he is implying, ‘if you have any religious beliefs, it is time to start expressing them.’ The passengers were accordingly instructed to fasten their seatbelts immediately. Everyone complied but Ali. Noticing this, the flight attendant approached him and requested that he observe the captain’s order, only to hear Ali audaciously respond, “Superman don’t need no seat belt.” The flight attendant did not miss a beat and replied, “Superman don’t need no airplane either.”

The late Ronald Reagan recalled a time as governor of California when he gave a speech in Mexico City: “After I had finished speaking, I sat down to rather unenthusiastic applause, and I was a little embarrassed. The speaker who followed me spoke in Spanish — which I didn’t understand — and he was being applauded about every paragraph. To hide my embarrassment, I started clapping before everyone else and longer than anyone else until our ambassador leaned over and said, ‘I wouldn’t do that if I were you. He’s interpreting your speech.’”

These examples all make us laugh, and pride really can be a source of humor — especially when it is other people’s pride. But let’s not kid ourselves. Pride is a deadly enemy. Pride delights in helping husbands and wives smolder and sulk after a fight, rather than seek forgiveness. It puffs up powerful businessmen until they think they are too big to fail. It whispers to writers that they can spin the story any way they want to ‘help the cause,” while kicking truth to the corner. It hisses to misses and misters that what they believe and think and feel is all that matters, and all this nonsense about “Jesus and the cross’ is for the weak. It relishes the pontificating professor’s upturned nose at the Bible. It rubs its hands in glee at the child who says to his unbelieving parents, “I don’t believe in God, either!” It leads by the nose the ones it possesses to their destruction, laughing all the way at their claims to be the masters of their fate and the captains of their soul.

C.S. Lewis said, “It is pride which has been the chief cause of misery in every nation and every family since the world began.”

The Bible says, “God resists the proud, but gives grace to the humble.”

Pride is the subtlest enemy of all because we see it clearly in others and are blind to it in ourselves. I say this with experience and with many memories of words and actions I am not proud of, and wish I could go back in time and erase.
By Mark Fox