Faithful are the wounds of a friend 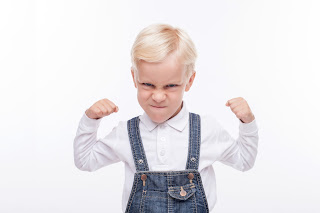 I knew that voice. It was coming from two seats behind me in history class. It belonged to a kid in our high school that all of us avoided, I am ashamed to admit, because he was geeky and unattractive in looks and in personality. I slowly turned, my mind spinning with anticipation of what I was about to do. My eyes fixed on my opponent. Actually, he wasn’t trying to pick a fight; Rick was just asking an innocent question, but in that annoying way of his that provoked so many in the school to tease him.

“Why don’t you see for yourself?” I said, as I hurled the paperback I was reading. The missile found its desired target: Rick’s pimply face. The same face that was red with acne turned beet red with rage.

Rick stood up beside his desk, his over-large Adam’s apple moving up and down like a yo-yo, in sync with his breathing. I was mesmerized by it for a moment, and forgot about the book that lay on the floor. But Rick was angry and embarrassed by my attack. In all of the wisdom that I could muster as a tender young scholar of 17, I leaped to my feet and began to shadow box in front of him.

“You want a piece of me, Rick?” I taunted. “You want some of this?” I punched at him playfully, my fists pulling up just inches short of his face. I was in no way looking for an actual fight. I got one anyway.

Rick was tall and as skinny as a toothpick, but his reach was at least a foot longer than mine. While I was floating like a butterfly, he decided to sting like a bee. Rick sent one true jab right to the center of my face. It was a direct hit to the mouth, exactly where I deserved it, and the fight was over just that quick. I was stunned as I reached up to my two front teeth and found they were not hanging out in their usual location.

You see, I had just gotten my braces off about a week earlier. Rick had undone in one second what my orthodontist (and my Dad’s wallet, bless his soul) had taken two-and-a-half years to accomplish.

Not only that, but I was immediately sent to the principal’s office, paddled, and sent home for three days’ suspension for fighting in class. Talk about adding insult to injury.

Two root canals, two crowns, and thousands of dollars later, I was talking to my grandmother about the incident. I will never forget her counsel that day.

“Mark, you don’t know anything about that boy. For all you know, his father beats him every day when he gets home from work. For all you know, that boy cries himself to sleep every night because of the suffering he endures in school and other pain that you know nothing about. What that boy needs is a friend, and you just piled on to his misery. You got what you deserved.”

Nana loved me enough to tell me the truth. She was a friend in every sense of that word. The Bible says, “Faithful are the wounds of a friend; profuse are the kisses of an enemy.” Even though Nana’s words hurt just about as much as Rick’s punch to the kisser, her counsel that day turned my anger to repentance, and my thoughts of revenge to remorse.

I need all the friends like that I can find.
By Mark Fox