It All Starts With Repentance 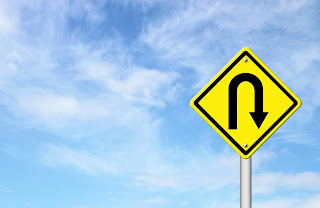 “Hey, preacher! Come and preach to us!”

The request came from a young Kenyan who was sitting with 3 of his friends at the “guard station” outside the Kibera slum in Nairobi. I was with my friend, Pastor Japheth, waiting to catch a ride back to the guest house where I would shower and eat supper before going to the airport. It was my last day in Kenya, and it had been a full one. I had already preached and taught and answered questions for over 4 hours in Japheth’s church in the slum, and felt like I had been “rode hard and put up wet,” as the cowboys used to say.

But when I looked over at the young man who had called out to me, I saw there was some genuine interest there that he was trying to cover with a smirk and a laugh. So I walked over to where he and his friends were sitting. One of them was the guard on duty at this station, complete with khaki uniform, badge, and an AK-47. “Does that work?” I asked him playfully, pointing at the rifle. “Yes,” came the reply. “Show me!” I said, and he laughed. I was thankful he got the joke.

I turned to the young man who had asked for a sermon and said, “Repent, for the Kingdom of God is at hand.” Smiling, I added, “That’s all I have time to preach to you right now, but it is the most important sermon you will ever hear.” He shot me a quizzical look so I continued, “It was the first sermon Jesus preached, and John before him.” It was also the only sermon preached by most of the Old Testament prophets.

Jonah walked into the city of Ninevah, his skin bleached white by the stomach acids of the big fish that had swallowed him. I imagine that he had a piece of seaweed dangling off his right ear and his clothes were disheveled and slimy. Wide-eyed and determined not to disobey God again, lest a worse thing than being the cause of an upset stomach and being hurled onto a beach happen to him, Jonah preached his simple message. “In forty days the city of Ninevah will be overthrown!” The people of the city believed the message, repented of their sins, and the entire city, all 120,000 people, turned to God.

I looked at the Kenyan man who had asked for a sermon, and said, “Nothing else I could preach to you right now is more important than this message, that you need to repent of your sins and believe in the Lord Jesus Christ.”

The basic problem in Kenya is the same as the basic problem in the U.S. We may have more affluence, better access to education and jobs, a much more developed infrastructure. But the heart of a Kenyan and the heart of an American are exactly the same. Without a heart change, nothing else matters. African-American evangelist Tom Skinner used to say of racism, “It’s not a skin problem, it’s a sin problem.” The only way to deal with any sin, not just racism, is through repentance.

I left my new friends in Kenya with some gospel tracts. As I got in the car to leave the slums, I looked over at the four, who were all intent on reading the information. I hope to see them again someday. More than that, I hope they find the one who has the power to give them new hearts. It all starts with repentance.
By Mark Fox