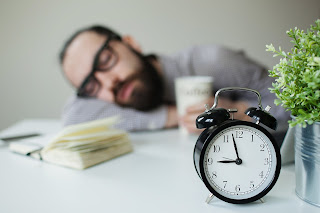 Jonathan Edwards was a child prodigy who started Yale at 13 and graduated at the top of his class at 17. He is perhaps best known for his sermon, “Sinner in the Hands of an Angry God,” which he preached to his congregation in 1741. Some of you readers who are my age or older may remember reading that sermon in high school or college, not only for its historical significance but also for its powerful metaphors. Edwards was 38 years old at the time, and right in the middle of the First Great Awakening. He watched as revival took over his hometown in western Massachusetts, and wrote, “One day God invaded the town of Northampton. The town seemed to be full of the presence of God.” The bars emptied and churches and Christian homes filled with people who were anxious to know God.

Visitors to the town were stunned by the atmosphere in Northampton, and Edwards wrote, “If you came across someone who seemed to be spiritually indifferent, it would be spoken of as a strange thing.” George Whitfield came from England in 1740 to preach and eventually became friends with Benjamin Franklin, who went to hear Whitfield on many occasions, and even hosted Whitfield in his home. Franklin wrote of the impact of the revival that was taking place in the colonies, “From being thoughtless or indifferent about religion, it seemed as if all the world were growing religious, so that one could not walk through the town in an evening without hearing psalms sung in different families of every street.” He also wrote about a particular prayer that his friend Whitfield was praying for the American people, that “they would not live as 13 scattered colonies, but as one nation under God.”

As I study the book of Nehemiah, and as we preach through it at Antioch, we see the same kind of awakening happening in Jerusalem in the fifth century B.C. It began when Nehemiah gathered the residents of the city and Ezra the priest read from the Book of the Law (the first five books of the Bible) for six hours. The people were cut to the heart because they saw how far they had fallen from the will of God for their lives, their families, and their nation. For several weeks the entire city heard the Word read and preached, and studied it together. The culmination occurred in Nehemiah 9 when the people again heard the Word preached for three hours, and they confessed their sins and worshiped the Lord for another three hours. I told our congregation that this is a clear example of something in the Bible that is descriptive, not prescriptive. Were it the latter, I would be planning our six-hour worship services starting this Sunday, for the three people who would show up. It was descriptive, but what a clear description of the seeds of revival! God said it clearly: “If my people who are called by my name humble themselves, and pray and seek my face and turn from their wicked ways, then I will hear from heaven and will forgive their sin and heal their land.”

Here we are in 2016, in desperate need of revival, and the seeds are the same. It is dependent on those who are called by His name. We cannot go to the polls and elect revival (although there is no excuse for a follower of Christ who chooses not to vote). We must go to the Lord, to His Word, to the corporate gathering of His people.