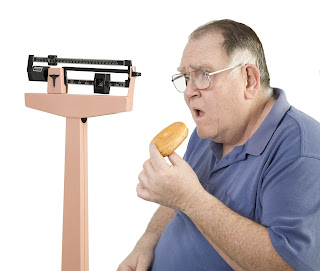 “The bathroom scale is not your enemy.”

That was how a recent article in USA Today began. Kim Painter wrote that the conventional wisdom of weighing once a week has been refuted by a study at the Duke Global Health institute that suggests the optimal frequency for stepping on the scales is every day. College freshmen who weighed themselves every day during a semester put on no weight, while their classmates added an average of five pounds.

Now let me hasten to say, dear reader, that your self-worth is not measured in pounds gained or lost. You are infinitely valuable to the One who created you in His own image, and paid for you with His own blood. But it is precisely for that reason that I want to do all I can to bring Him glory. That made me wonder: If this principle holds true with weight loss maintenance, it stands to reason that this habit would apply to other areas of our lives.

If daily checking on my weight is an incentive to eat right and exercise so the scales don‘t begin to creak and groan again, what about my relational health? Daily checking my heart for signs of bitterness or envy or lust or selfish pride is essential. What about my mind? When you add up time spent on entertainment media, TV, and computers, it comes to a staggering 12 hours per day for children and youth ages 8 to 18, as compared to 25 minutes spent reading books.

In the more than 30 years that I have been in the ministry, I can agree with Solomon that there is nothing new under the sun. The people I have met who are the most vibrant and growing in their faith are, without exception, the ones who consistently spend time reading their Bibles and praying.

They are involved in a healthy church that believes the Bible is the Word of God. They participate in weekly fellowship groups where there are people who know them well and are willing to hold them accountable. Most of the time they do not do these things because they “have to“ or out of a sense of duty, but because they get to, with a sense of delight.

They make it their aim, Paul said, “to be pleasing to Him.” They step on the scales daily because they would agree with Socrates, that “the unexamined life is not worth living.“

Then there are many others who put the scales as high up in their closet as they can. Their spiritual lethargy has become a way of life. They would read their Bible every day, but they just can‘t seem to get around to it. They have good intentions, but they have an even better TV schedule. They would go to church every week, but getting up in time to get the kids ready is just too much of a hassle.

And after all, they can “go to church” “with Charles Stanley, and hear a sermon in their pajamas and not have to get involved with other people. They feel guilty sometimes that they are not involved in any kind of regular fellowship group with Christians who will love them enough to hold them accountable. But they push that scale deeper in the closet, stuff their guilt, and console themselves with the thought that they are doing just fine, better in fact than their next-door-neighbor! So, life goes on. Nothing changes.

Stepping on the scales can be depressing. It may also be the first and most important step back to health.
By Mark Fox