Don't do random acts of kindness 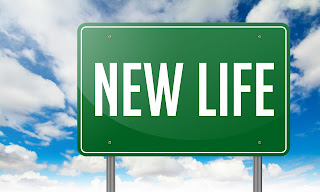 A woman went to her lawyer and said, “I want to get a divorce. I really hate my husband, and I want to hurt him. Give me some advice.” In addition to wanting to get the gold and give him the shaft, she was wondering about some other way that she might do him in. The attorney said, “Look, you’re going to divorce the guy anyway, so for three months don’t criticize him. Speak only well of him. Build him up. Every time he does something nice, commend him for it. Tell him what a great guy he is, for three months. After he thinks he has your confidence and love, hit him with the news, and it will hurt more.” The woman loved the idea and went after it with gusto. She complimented her husband for everything he did. For three months she told him what a great man he was.

After three months, they forgot about the divorce and went on a second honeymoon.

You see what happened? Without meaning to, this woman began to practice unconditional love. She began to give without expecting anything in return. She practiced what Jesus taught, “But love your enemies and do good and lend, expecting nothing in return, and your reward will be great.”

I can do good and lend, sometimes. I can even love my enemies. Sometimes. It’s that last part, “expecting nothing in return” that takes the wind out of my sails.

That hurts. But it makes me look deeper into the idea that, by God’s grace, I can give with no strings attached. I can be like Mordecai, who served the King without any hope of reward, or I can live like Haman and do everything with a hidden motive of seeking man’s approval and the King’s favor.

Facing arrest for his faith, Dirk Willems fled for his life across a frozen lake. When his pursuer broke through the ice, Willems gave up his chance to escape by turning to save his persecutor. He was then captured, imprisoned, and burned at the stake in 1569.

Two brothers complained bitterly to their pastor because a man kept coming and stealing water from them. They had worked long and hard to irrigate their fields in order to produce a healthy crop and provide for their families, but it was threatened by this man’s constant theft. The pastor surprised them by suggesting they irrigate the man’s fields for him, and ask for nothing in return. The brothers followed the advice and were amazed at what happened. They began to love the man, and they finally were able to witness to him and lead him to the Lord.

A young boy was forced to carry a German soldier’s pack for one mile during the Nazi regime. He did so, but decided to obey the words of Jesus and go two miles. The German soldier asked why, and he was able to witness to him. Later the boy said, “I believe the best witnessing starts during the second mile.”

What do all of these stories have in common? They are purposeful acts of loving others the way Jesus did, not random acts of kindness.

Surprise your friends and bless your enemies. Practice this love that Jesus demonstrated. Give it away as freely as He did.