You can be absolutely sure of this Truth 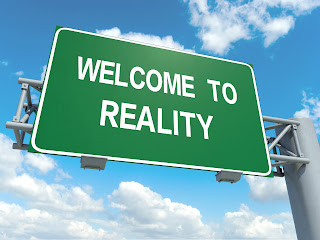 I approached the stoplight without a care in the world. After all, my truth told me that the light is always green, even when it is red. My truth told me that the light is never red, even when it is. My truth told me that I did not have to stop at stoplights, which are, after all, modern constructs that do not reflect my value system at all. I approached the red light, fully intent on going through without stopping. Until I saw the 18-wheeler barreling toward the intersection, on a collision course with my Yugo. I slammed on the brakes and skidded to a stop, glowering at the red light and the truck that was violating my truth.

Of course that story is false. Or is it? Can anything really be “false” to the modern moral relativist? I don’t own a Yugo, and I certainly don’t believe that truth is relative. In fact, I challenge all the students who are reading this column to try something the next time the teacher in your class makes such a statement as “There is no absolute truth.” Raise your hand and say, “Are you sure?” If the teacher nods and says ‘Yes,” raise your hand again. When called upon, say, “Are you absolutely sure?”

The teacher cannot be intellectually honest and say he is absolutely sure that there are no absolutes. And truth be told, the teacher doesn’t really live in this house of cards called “moral relativism.” He stops at stoplights and accelerates when the light turns green. She expects to pay the price that is on the box of cereal when she gets to the register, not the price that the clerk decides is “his truth” at that moment. He applauds the capture of a serial killer and wants justice to be done. She does not pay her tax bill if the county decides to add a couple of extra zeroes. He fights City Hall and demands that his tax bill be “fair and just” (and true?).

When someone told the great British writer Dr. Samuel Johnson that one of his dinner guests believed that morality did not exist, Dr. Johnson replied, “Why, sir, if he really believes there is no distinction between virtue and vice, let us count our spoons before he leaves.” In other words, how can the moral relativist really be trusted?

Mark Ashton wrote in his booklet, “Absolute Truth?” about Robert Wengert, a philosophy professor at the University of Illinois. Wengert would ask his ethics class if his students thought truth was relative. The majority of students typically raised their hands. Then he would tell them that short students would get A’s and tall students would fail. When his students protested that his grading system was not fair and that he ought not or should not grade in that fashion, Wengert pointed out to his class that when they used words like “ought” or “should,” they betrayed a belief in an objective moral standard; they really did not believe that morality is relative.

Neither did Jesus Christ. He said to those who believed in Him, “If you abide in my word, you are truly my disciples, and you will know the truth, and the truth will make you free.” And just in case there was any confusion over what “truth” is, Jesus said this: “I am the way, and the truth, and the life. No one comes to the Father except through me.”

That sounds like an absolute truth to me. One you can be absolutely sure of.