We need a foundation that will stand 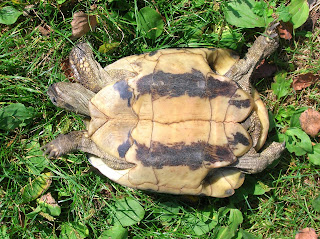 I heard about a little boy who was found by his father early one morning, just after the sun had risen, lying spread-eagled on a pile of all the best toys that he shared with his brothers. His father said, “Son, what in the world are you doing?” He looked up from his prone position and said, “Well, you always ask when we argue over toys, ‘Who had it first?’ Today, I have them ALL first!”

When my son Judah was a toddler, he decided one day that he was not going to be separated from everything he loved, even for a moment. So he carefully placed all his toys and games and puzzles in a backpack. He then strapped on the backpack, and stood up … for about two seconds. The weight of all his possessions began to pull, and try as he might to stay upright, this little toddler began to toddle. He ended up flat on his backpack, looking for all the world like a turtle, flailing helplessly, trying to get back on his feet.

Ravi Zacharias went to speak at Ohio State University several years ago, and the student who was giving him a tour of campus bragged about the first ‘post-modernist’ building that the students themselves had constructed. “What is a post-modernist building?” Ravi asked. “I understand that term as it relates to philosophy or to literature, but how does it relate to a building?” The student took him inside and showed him that there were stairways that led nowhere, and there were pillars that did not connect. The young Buckeye almost crowed in his delight in saying that this building was designed to be a postmodernist building, reflecting the absurdity of life and the meaninglessness of it. Ravi smiled and asked one simple question that confounded the young would-be philosopher. Dr. Zacharias asked, “Did the architect apply that design to the foundation, also?” The young student was flummoxed. He had no response, because there is no such thing as a post-modernist foundation.

May I connect these three stories? The Bible teaches us that there are fundamental truths in the universe that cannot be violated, neither by little boys, toddlers, nor even by adult architects. Everything stands upon the foundation of truth. In fact, the Bible teaches us that all things were created through Jesus, who existed with God in the beginning. Not only did God through Jesus create everything that we can see and everything that we cannot see, but “in Him all things hold together.” I understand that it takes the eyes of faith to see that, but when we do, it changes everything. We only then begin to understand where we came from, why we are here and where we are going.

Even for those who don’t believe it, the foundation of God’s immutable truth still stands. If a building is constructed in such a way that it violates the laws of nature and nature’s God, that building will not stand. Even more serious, if the life of a human being consists of things to be accumulated, like so much ‘treasure’ in a rucksack, or of ideas that run contrary to the foundation of God’s Word, then the toddler, the little boy, the middle-aged banker, or the elderly professor who tries to live under such a load will fall over.

As the hymn writer said, “On Christ the solid rock, I stand, all other ground is sinking sand.” No other foundation that will stand the test of time, much less the test of eternity.
By Mark Fox