Are we doing it for Daddy? 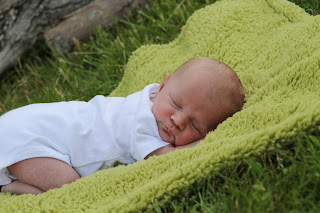 Thinking about the Right to Life vigil that was snowed out last month brought back memories of one that happened years ago. It was suppertime in the Fox den, and we were discussing making a trip to the Graham Courthouse that evening.

There was a slight pause, and the older children looked intently at their broccoli. My problem is that even when I say the right thing, which happens every now and then, I still have a tendency to say it the wrong way. Thankfully, my 5-year-old who was not offended by my brusqueness saved the evening. He flashed his big brown eyes at me and asked, “Are we doing it for you, Daddy?”

Cindy said, “Oh, how sweet,” and my eyes pooled with tears at my son’s innocence. And I thanked God for the high and holy privilege He has given us as parents, the privilege and the delight of leading children to faith and obedience.

As I think back to that event, I remember how that question made me examine my own motives for standing at the courthouse on the anniversary of Roe v. Wade, or for doing anything else on behalf of the unborn. My heart whispered in prayer, “Am I doing it for You, Daddy?” Do I go to the courthouse to set an example for my children, so that they will see that the issue of the sanctity of life is more important than my temporary inconvenience? That is a good motive, but not the best. Do I speak out for the unborn because of the more than 60 million babies who have been aborted since 1973? To pray and work, as Job said, for the one “who had none to help him”? That is a good reason to go to the vigil, I decided, but not the best. My young son’s question rang in my heart: “Are we doing it for you, Daddy?”

That is really the issue for me. I pray and work on behalf of the ones who cannot speak up for themselves, because my Father is passionate for life, and I am His child. I add my little voice to the millions who are standing and praying and holding candles across the nation, hoping that the nation will come back to its right mind, because I believe God would have me do so. Is it a simple issue? No. I know the issue of abortion is volatile, with strong emotions on both sides. It divides political parties and raises blood pressure and motivates voters and even inspires poetry and song and film. Most life and death issues do.

I remember the day we lost our second born to miscarriage. The doctor explained, “We’ll never know what happened. But there was something wrong with the embryo, and God decided to end its life in the first trimester.” Cindy and I wept for the son or daughter that we would not get to raise, but were comforted by the assurance that our Father is in control. He is the One who gives life, and takes life; He is the One who IS life, and that is why I stand, and pray, and speak.

I am doing it for Daddy.