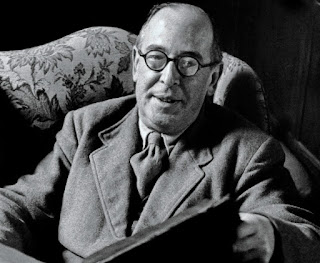 Walter Hooper was born and raised in Reidsville, and graduated from the University of North Carolina in 1954. He was introduced to the works of CS Lewis by the captain of the UNC football team, and was able to find a copy of his book, “Miracles,” just before entering the Army. No books were allowed in boot camp, but Hooper hid it in his fatigues, so that it bounced around while he did jumping jacks. “The drill sergeant never discovered it,” Hooper said. His love for Lewis’ work prompted him to write a letter to the man he admired so much, and he was shocked to receive a hand-written note in reply. He corresponded with Lewis until the summer of 1963, when Hooper went to visit him in Oxford, England. They became good friends quickly, and Lewis asked Hooper to leave his job at the University of Kentucky and become his secretary. Lewis lived alone, as his wife Joy had died three years earlier, and he asked Walter Hooper to live with him. Hooper knew that Lewis was not well, but had no idea that his friendship with the man whose work he loved so much would only last a few months. CS Lewis died at the same hour that John F. Kennedy died, on November 22, 1963.

There was much packed into the months that these men worked and lived together. Hooper tells the story of Lewis giving money to a beggar on the street. Hooper asked him if he was not concerned that the beggar would use the money for drink. Lewis replied, “I don’t know, but if I kept the money, that’s what I would use it for.” CS Lewis was a literary giant, but was not at all impressed with his notoriety. He laughed at the idea that writers were quoting him, and said to Hooper one day, “CS Lewis says he wants a pot of coffee. And CS Lewis says you are going to make it for me. And CS Lewis says, I am going to drink it.”

Hooper discovered Lewis’ love for tea at their first meeting, as they drank pot after pot together, until Hooper’s bladder was about to burst. He asked his host if he could use the bathroom, and Lewis took him to a room that had a bathtub in it, and nothing else. He handed him four towels and several bars of soap, and then walked out. Hooper didn’t know what to do, but finally he went to Lewis and said, “It wasn’t actually a bath I wanted.” Lewis laughed and said, “I know! Maybe this will cure you of those American euphemisms. Now, let’s start over. Where do you want to go?”

Walter Hooper has been a literary trustee for Lewis’ works for more than 50 years, editing more than 20 of them, publishing collections of Lewis’ letters, and recovering books that had gone out of print.

When asked about his favorite book by Lewis, Hooper doesn’t hesitate. He has read “That Hideous Strength” more than 20 times. When asked which book Americans should read by Lewis if they could only read one, he says it is “The Abolition of Man,” because “The west is in the grip of relativism … If I said, ‘It’s wrong for these people to commit adultery,’ you might say, ‘That’s up to them.’ I don’t think it is up to them. I think the way we behave even in our own homes affects the whole world.”

Want to hear more about Walter Hooper and CS Lewis? Go to http://www.metaxastalk.com/podcast/monday-december-28-2015/. There are 6 parts.