Give others the freedom to fail 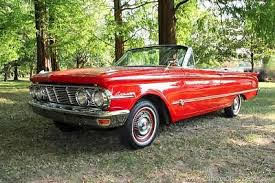 I was fifteen years old, wishing I were sixteen, and wanting to drive so badly I could taste it. Looking for any excuse to get behind the wheel, I asked my grandmother if I could move her car into the backyard and wash it. Nana recognized the desperate act of a teenager who was willing to do actual work in order to drive. She laughed as she watered her flowers and told me it was all mine.

My grandmother drove a 1969 Mercury Comet convertible, and it was sweet. I often sat behind the wheel, my left arm hanging out over the door, and imagined that I was tooling down the highway on my way to Myrtle Beach. I imagined my hair blowing in the breeze, the guys admiring and the girls staring. At the car, of course. But this was the real thing. I was going to drive! I eased the car out of the garage and turned the wheels slightly left, heading into the pine-tree studded backyard of my grandparents’ house. The sun was shining, the birds were singing, and I was driving. “It just doesn’t get any better than this,” I thought. And that’s when it happened. I pulled a “fifteen” and hit the wrong pedal. There was a pine tree in my immediate future and instead of slowly squeezing the brake pedal, I slammed on the accelerator. The car responded immediately, all cylinders firing at once, and the car seemed to come off the ground and leap into a fine upstanding specimen of the North Carolina state tree. It remained upstanding as the front end of that Mercury Comet convertible folded into it. Everything in the front and back seats of the car slid into the floorboards. I went into shock.

That’s when I heard laughter. I looked to my left, and there stood Nana, garden hose in hand, laughing her head off. She laughed so hard, she started to cry. The water from the hose was going everywhere as she jerked around and doubled over and finally, I started to laugh, too. “The look on your face!” Nana exclaimed. “And the sight of all that junk sliding off the seats!” she cried, and Nana started to laugh again. Finally, when she was able to breathe again, she said, “Thank you, Mark, for helping me clean out my car.”

I learned some valuable lessons that day, not the least of which was the difference between the brake and the gas pedal, and the difference a mistake of only six inches can make. I also learned that we have to give one another the freedom to fail. My grandparents both told me that day that mistakes are a part of life, and that the person who is a failure is not the one who tries and fails, but the one who never tries. They also imprinted my soul with an indelible picture of what forgiveness looks like. I have heard as an adult that forgiveness is “agreeing to live with the consequences of someone else’s mistakes,” and that’s exactly what my grandparents modeled for me that day in 1973. I begged them to let me pay for the damage to their car, but they wouldn’t have any of it. Nana said that she had asked me to clean her car and that I had gone above and beyond the call of duty. Then she started laughing again.

Nana wasn’t rich, at least not by the world’s standards, but she was about the wealthiest woman I knew when it came to things that really matter.
By Mark Fox