How to build a wall in 52 days 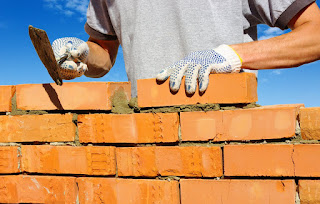 It was amazing. Nearly everybody in the city worked on the wall. This wasn’t one of those 80/20 rules we have in churches today, where 20 percent of the people do 80 percent of the work. And give 90 percent of the money. Neither was this like a football game where there are 50,000 people in the stands who are in desperate need of exercise, and 22 guys on the field, in desperate need of rest. No, everybody worked. The politicians worked, which might have been a minor miracle. The priests and Levites worked. The businessmen worked. Hey, even the perfumers and the goldsmiths were hauling rock and pouring mud to build the wall.

The place was Jerusalem, and the time was around 446 BC. The Babylonians had destroyed the walls of the city years before, and Nehemiah was in town to organize and lead a rebuilding effort. Don’t tell Donald Trump’s people, but the work was completed in 52 days, so fast that even the opposition was not able to mobilize a viable counter-attack. The wall was built because nearly everybody worked.

Everybody, that is, except the “nobles,” who “would not stoop to serve their Lord.” Interesting. The word for nobles means “wide or large,” so that may have something to do with them not working. No, just kidding. The reason they would not work had nothing to do with their girth but with their arrogance. Their fat pocketbooks and their overweening pride somehow had them convinced that such work was beneath them. Sad. It was a building project that has been recorded for the ages, and these fat cats missed out on the joy of seeing it completed through the sweat of their brow.

Let me ask you something, then. What is the most important building project in the world today? It is not Westminster Cathedral, although the work on that 120-year-old masterpiece is ongoing. Neither is it the Super Power Building in Clearwater, which was referred to as the “Vatican” of Scientology when construction began in 1999, but is now considered an unfinished joke. No, the most important building project in the world is the building of the church. Jesus said, “I will build My church, and the gates of hell shall not prevail against it.” Not a physical structure, although we mostly meet in buildings or homes all over the world, the church is a gathering of those who follow Jesus Christ and have been born again by grace and through faith. The church is a body, and Christ is fitting us together. Like a human body, the church is made up of individual members, who must be connected to one another and submitted to the head, Christ, in order to function. The foot can’t say to the eye, for example, “I have no need of you.” In fact, how would you like to wake up tomorrow and discover that your left foot has left you and left you a note that says, “I left.”

Look at the person across the breakfast table for a moment. Notice that her head is connected to her body. That’s essential. And her body parts, her arms, legs, fingers and toes, are all connected to each other. That is important. Not only for her body, but also for the body of Christ.

It is as important in the building of the church as it was in the building of a wall around an ancient city. The people have to labor and love together, through good times and bad, for the greater glory of God’s work on the earth.