God sent forth his Son, the greatest gift of all 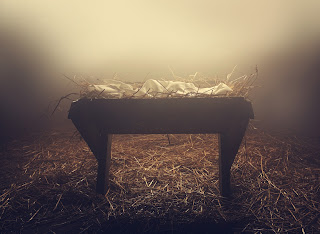 “But when the fullness of time had come, God sent forth his Son, born of woman, born under the law, to redeem those who were under the law, so that we might receive adoption as sons.”

That is the meaning of Christmas. God sent his son to redeem us and to adopt us. Have you figured up how much you will spend on Christmas gifts this year? There’s an amount, right? You add it up and it may come to the estimated national average per household this year of $830 for Christmas gifts, still climbing out of the hole of 2008 when it dropped to $616. No matter what we spend, we all have to set spending limits, right? I remember our first Christmas when Cindy and I each took a 10-dollar bill, split up at the mall, and went off to find that “perfect” gift for $10 or less for each other. That Christmas was just as happy, just as blessed as all the rest.

God did not have a spending limit for the first Christmas. He spared no expense in creating the star that would be in place above Bethlehem at just the right time. He went all out in having Caesar Augustus plan a census for the whole Roman world to go to the city of their heritage so they could be registered. God did not skimp on birth announcements, either. He sent Gabriel, his best messenger angel to earth more than once. But all of that pales in comparison to what God actually gave the world. God sent forth his Son. His one and only son. Forget Hallmark. God sent the very best.

Read the rest of Galatians 4 for the incredible news that you can use. You and I were born slaves. Through Jesus’ sacrifice, we are invited into a new relationship as a child of God and a joint heir with Jesus. But there’s a problem, for many who become sons continue to live as slaves, even though they know God and better still, are known BY God. Two weeks ago I sat with my family in the second row at a concert by Steven Curtis Chapman. There were a lot of people there who know Steven, but not personally. We know his music, know his face and know his testimony. I have met him once because I have the same friend named Larry that Steven wrote about in one of his songs. As I sat there that night I thought, how cool would it be if Steven recognized me and said, “Hey, is that you, Mark?” But he didn’t. He didn’t acknowledge me because he doesn’t know me. Shocker. But here’s the biggest shocker of all: GOD does know me. And He knows you, too.

I love the story of the wee little man named Zaccheus who climbed up a tree because he had heard of Jesus and wanted to get a glimpse of him. Imagine his surprise when Jesus called up to him, “Zaccheus, hurry and come down, for I must stay at your house today.” Jesus knew him by name, and more than that, Jesus asked Zaccheus to be a family member and a friend.

That is the meaning of Christmas. It is why we celebrate, and put manger scenes in our homes and churches. It is why we sing “Silent Night” and “Joy to the World,” and give gifts and get together with family and friends. It is because God sent His Son to redeem us, to adopt us, and to give us the greatest gift of all: himself.