Christmas is a time for memories 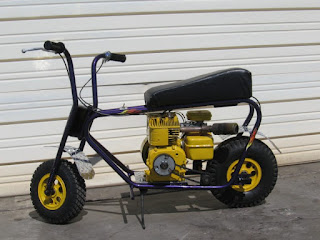 We used to sleep in the same bed together, my two brothers and me, on Christmas Eve. That alone was a Christmas miracle, given the fact that the other 364 days of the year would find us plotting ways to hurt one another. I remember BB gun fights, where we were running around the woods, shooting at each other. Or we would fight from room to room in the house with spit wads, using thick rubber bands to wing them on their way. To up the ante, we decided one day to shove straight pins through the spit wads. Yep, three little angels, that’s what we were. But on Christmas Eve, we crawled into bed together and tried to go to sleep, keeping one ear tuned for reindeer hooves on the roof, and one foot ready to launch any brother who got too close.

One of my favorite memories was the Christmas Eve we heard the front door open, and the distinct sound of something heavy being rolled across the threshold. Grandpa never used a wheelchair so we knew it wasn’t him coming for a midnight visit. And we had no idea why Santa would be bringing gifts through the front door, when we had a perfectly good fireplace in the den. So we just lay there in bed, whispering about what it could possibly be, and daring each other to sneak downstairs to steal a glance. Nobody wanted to risk being seen by Santa, or worse by Dad, so we eventually drifted off to sleep.

One of my favorite memories of Christmas Day was the next morning when three sleepy-eyed little Fox boys found a brand new yellow mini-bike parked under the tree. We lived on two acres and had a creek behind and beside us, and empty lots and woods all around, so we could not wait to jump on the bike and start blazing trails. But first, Dad needed to give us a lesson on how not to wreck a mini-bike. This is one of my favorite memories, too, as Dad straddled that kid-sized bike with his 6’3” frame, and proceeded to explain to us young boys how dangerous a mini-bike could be. He had barely gotten the words out of his mouth about how sensitive throttles are, when the bike shot off like a rocket and threw Dad into the air where gravity began to work immediately and brought him quite unceremoniously back to the earth. The bike and Dad were perfectly unharmed, but after a few minutes my sides were killing me. Even mom got a chuckle out of that one.

Christmas is a season of giving, and the yellow mini-bike has to go down in the Fox history book as one of the best gifts we ever received. We also got exactly one of them, so we boys had to learn how to share. I have no idea how we worked that out without BB guns or bloodshed. I just remember many happy hours riding that mini-bike, and I suppose my older and younger brothers do as well.

There may not be a mini-bike under your tree this Christmas, or even a reindeer on your roof. But that’s OK, because the best gift cannot be bought in a catalog or brought down a chimney. The best gift, the only one that matters, was laid in a feeding trough in Bethlehem many years ago. Here’s what the angel who brought the news to Joseph said about the gift:

“You shall call his name Jesus, for he will save his people from their sins.”