Prayers and plans are potent partners 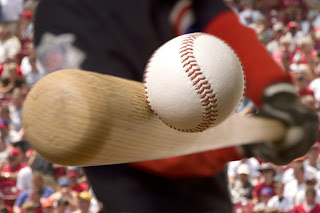 When the king asked why his face was sad, Nehemiah was very much afraid. You just didn’t come into the king’s presence with anything but a smile; it could ruin your whole day. So Nehemiah did what was his practice in good times and in bad: he prayed. You would be mistaken if you did not connect this silent arrow prayer to his previous four months of intense prayer. Prayer is not to be an event but a way of life. You also must recognize that Nehemiah’s arrow was aimed at a good target: the God of heaven. In point of fact, the cry for help was directed at the only One who could answer. Perhaps you have seen pictures of Hindus with bloody legs punishing themselves by walking for miles on their knees to get to the temple, thinking that they will be heard for their suffering. But there’s no one home at the end of those prayers. You may remember the story of the 450 prophets of Baal who were challenged by Elijah to a “prayer-off,” and may the best God (only God) win. The Baal enthusiasts prayed, and cried out and eventually cut themselves until the blood gushed out. But the final word in the text says it all: “No one answered; no one paid attention.” Nehemiah did not pray to himself or to gods who do not exist except in man’s imagination. He prayed to the God of heaven. He also planned.

Nehemiah had worked out a single fixed goal and a plan to make it happen. His goal was to rebuild the wall in Jerusalem. I read a story recently about Yogi Berra, the famous catcher for the New York Yankees in the 1940s and ’50s, and Hank Aaron, who at that time was the famous power hitter for the Milwaukee Braves. The two teams were playing each other in the World Series, and as was his habit, Yogi kept up his banter with the batters when they came up, in an attempt to distract them. Hank Aaron came up to bat, and Yogi said, “Hey, you’re holding the bat wrong. You’re supposed to hold it so you can read the trademark.” Hank Aaron didn’t say anything; he just hit the first pitch into the left field bleachers. After rounding the bases for the home run and stepping on the plate, Aaron looked at Yogi Berra and said, “I didn’t come up here to read.” He knew his goal, and he didn’t let Yogi Berra distract him. Nehemiah also had a single, fixed, attainable goal, and he had worked out a plan to make it happen.

Careful planning and faithful prayer won the day. Nehemiah knew he needed official papers from the king to pass through the region beyond the Euphrates. He also knew he needed lumber with which to rebuild the wall. The king granted his request for both. Too often we Christians try to spiritualize everything to the point where we say, “I believe God told me to do so-’n-so.” Then someone says, “What do you need to do to make that happen?” And our response sounds like this: “Oh, I don’t know. I guess God will make a way where there’s no way.” It is true that God does that, sometimes, but God most often works through means of grace that He has given us. Like prayer. Planning. And good old fashioned, hard work. Let’s remember that dependence on God does not eliminate our need for all of these means of grace.

Prayer and planning are powerful partners.
By Mark Fox