Giving honor where it is owed 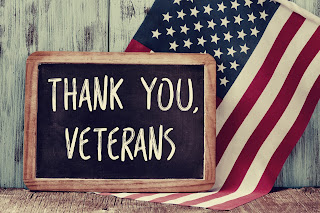 I was born too late for Korea and too early for Vietnam. Though the prediction in the early 70s was that children not yet born would fight in Vietnam, thankfully, that was not to be. When I became eligible for the draft in 1975, there was no need for my services. At the time, I could not have been happier that I was headed to Chapel Hill and not Da Nang. But as I got older, I often regretted not serving my country in the military. I have always been, and will forever be grateful for those who have done so.

Last week, I had the opportunity to hear Tim Lee speak at Liberty University. In 1971, Lee stepped on a 60-pound box mine in Vietnam and lost both of his legs. “One last step, and then it happened — my boot landed squarely on what felt like a miniature volcano. A deafening blast rammed through my body. As Earl Lewis, the fifth man in formation later testified, I disappeared in the sudden eruption. As a cloud of black smoke shot into the sky, hot fire surged through what remained of my legs ... Corporal Lee Gore knelt down and picked me up in his arms and braced my back on his knees. He began to pray out loud. I was shaking terribly and literally covered in my own blood.”

It was a miracle that Lee survived, and there were times during his recovery from 13 major operations that he did not want to live. Since then, Lee has spoken around the world from his wheelchair about his service, his suffering, and his Savior. One of the first things he said to the thousands gathered in the Vine Center on Liberty’s campus was, “Some of you may be offended by what I say to you this morning as I speak honestly about Jesus Christ. But that’s OK. I didn’t travel ten thousand miles to another country and lose my legs just to come back here and be politically correct.”

As we honor veterans this week, I am thankful for men like Tim Lee. There are many more like him, men and women who have served their country in the armed forces. One of those was my uncle.

This summer I attended the funeral of William Conrad Fox, who died at the ripe old age of 90. The last time I had seen him, Conrad was living in a healthcare facility in Greensboro. He was in his wheelchair and all dressed up that morning, wearing slacks and a buttoned-up long sleeve shirt, ready to go play bingo down the hall. I asked him if he always dressed up like that and he laughed and said that’s the only way he knows how to dress. I didn’t want to keep him from his bingo game, but Uncle Conrad waved his hand and said there was always another game tomorrow. He told me about joining the Army and serving in the 75th Infantry Division during World War II. He was at the Battle of the Bulge, where the temperatures reached a bone-chilling 20-below zero on the battlefield, and the snow was two feet deep. He joked that the men in his battalion said they wouldn’t have to go to hell, since they had already been there. When he returned home, Conrad couldn’t feel his feet for six months.

The Bible says we are to give “respect to whom respect is owed, honor to whom honor is owed.” Tim, Conrad, and the millions of others who have fought for our freedom, we honor you.
By Mark Fox