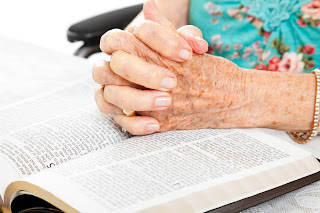 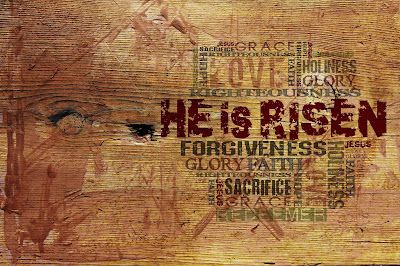 After God parted the Jordan River and Joshua led the people across into the Promised Land, God had them stop and build a monument and said, “That this might be a sign among you. When your children ask in time to come, ‘What do those stones mean to you?’ then you shall tell them ...” The monument was a visible reminder of the grace of God.

Vance Havner used to tell the story of a little town in Alabama where the main livelihood was cotton. Then tragedy struck in the form of the devastating boll weevil. All of the cotton was destroyed and it looked as if the farmers were headed for the poorhouse. But they didn’t despair. One man decided to plant peanuts instead, because boll weevils hate peanuts more than a mom whose son has a peanut allergy. Another farmer planted a different crop, and another and all of the farmers did the same. Before long, peanuts and other crops took over for cotton. The town later became known as Enterprise, Ala. And do you know what they did to commemorate that year? They erected a monument to the boll weevil!

Vance Havner wrote this: “Sometimes we settle into a humdrum routine as monotonous as growing cotton year after year. Then God sends the boll weevil; He jolts us out of our groove, and we must find new ways to live.” Financial reverses, great bereavement, physical infirmity, loss of position — how many have been driven by trouble to bring forth finer fruit from their souls! The best thing that ever happened to some of us was the coming of our boll weevil.

What should we do? Build monuments as a visible reminder of the grace of God in our lives.

Monuments are often found hanging on our walls, as we put up pictures of our children, or we have videos of their baptisms and the family events that we celebrate and don’t want to forget. We have Bible verses framed on the walls, the Word of God set there to remind us daily of his grace, as frontlets before our eyes. We have marked out our lives, as a reminder to ourselves and our children and grandchildren that our God is real, and that we belong to him. But we shouldn’t just build monuments to great successes. Write down what you learn from your crop failures. Your sickness and surgery.

The loss of a loved one. As CS Lewis said, “God whispers in our pleasure, but he shouts in our pain.”

I recently heard an interview of Terri Roberts, whose son Charlie was the man who walked into an Amish schoolhouse in 2006 and shot ten children, killing five. Terri Roberts heard the sirens while on lunch break at her job at Sight and Sound Theater that day, and then got the news that her son was the murderer and had taken his own life as well. Can any of us imagine hearing that news about our son?

Could any of us imagine doing anything upon hearing that news besides crawling into a hole and never coming out again? But God’s grace was poured out on those parents immediately through the Amish neighbors who came to their house to say they loved them and forgave their son.

Terri has just written a book called “Forgiven,” in which she talks about the tragedy and how God brought the community together through it. What a powerful monument to our God who brings hope through great pain.

What monuments to God’s grace have you set up?


By Mark Fox No comments:

Learn from the great reversals 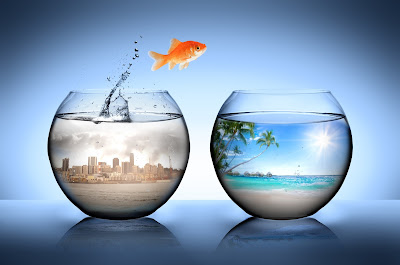 If you have been following my columns about the book of Esther, you know that a great reversal occurred when the king signed the second edict, which gave the Jews permission to take up arms and defend themselves against their aggressors. Before this, the enemies of the Jews were licking their chops to go into every “weapon free zone” in the kingdom and kill the innocent and the unarmed.

When it looked like curtains for Moses and all of the people of Israel, backed up against the Red Sea as the Egyptian chariots and soldiers were thundering down on them, the reverse occurred. The sea opened, the Jews walked through on dry ground, and when the Egyptian army was in the middle of the sea, God brought the waters back together. On the day when all looked hopeless for Daniel, and his enemies rubbed their hands together with glee that he would be destroyed, the reverse occurred. The mouths of the lions were shut until Daniel was pulled out of the pit and the enemies of Daniel and Daniel’s God were thrown in. Meat was back on the menu. Don’t forget Daniel’s three buddies, Shadrach, Meschach and Abednego, who were supposed to be turned to ashes within seconds in the fiery furnace. The reverse occurred, and the only thing burned on those boys was the rope that bound them.

Over and over we see the pattern in Scripture until the greatest reversal of all time, when the Son of Man hung on a bloody cross and cried out, “It is finished.” The enemy of our souls, that same old serpent from the garden, must have thought he had won the battle and gained mastery over Jesus and all who follow Him. But the reverse occurred as God, in the death of Jesus, canceled “the record of debt that stood against us with its legal demands. This He set aside, nailing it to the cross. He disarmed the rulers and authorities and put them to open shame by triumphing over them in Him.”

Yes, there was, for one thing we know for sure. God always rescues His people from, or through, death.

Because of the greatest reversal at Calvary, those who know Jesus understand that death is not the worst that can happen. It is merely a door into His presence. 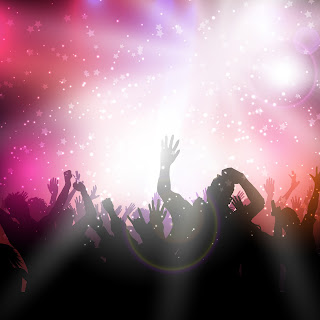 You have to read Esther chapter 8 to understand the jubilation that took place in the Persian kingdom when a new decree went out that would give the Jews permission to defend themselves against their aggressors. The first decree had set a date for their annihilation, and only 8 months were left until they would all be destroyed. But all of that changed in one stroke of the king’s pen. That’s when the party broke out. If Kool and the Gang had been on the scene, everyone in the streets of Susa would have joined them in singing, “Celebrate good times, come on!”

What a day that was. They had gone from sadness and fear, from sackcloth and ashes just a few months earlier, to “light and gladness and joy and honor.” I couldn’t help but think it might have been similar to Nov. 9, 1989, in Berlin, when the wall came down and there was celebration all night and into the next day. This celebration in Susa was like — on a much larger scale, of course — the Fox’s house two Saturday nights ago, starting at 6:25 p.m., when Mr. and Mrs. Isaiah Maher walked down the aisle as husband and wife for the first time. Applause and laughter led to singing and celebration and dancing into the night.

That was one of the things that struck me that day, as 300 of us gathered to witness the joyous occasion and celebrate it together: God’s people know how to celebrate something good and godly better than anyone else on earth. And it’s because we have that which makes for celebration better than anything else on earth. Here’s what I mean.

The joy that we shared at the wedding was not just for the couple, that God had brought a husband for Hannah, a man who chose Hannah to be his bride with the promise that they will walk together as husband and wife until death. On a much deeper level, we were celebrating the Gospel: God sent a Savior in the person of Jesus Christ for His people. He chose us to be His bride, with the promise that we will walk together with Him in this life, through trials and troubles and joys and celebrations. But that’s not all. The promise of God, almost too good to be true (but it’s not), is that we will also walk with Him through death into the next life, where there will be endless celebration. That’s why Jesus said to His followers, “These things I have spoken to you, that my joy may be in you, and that your joy may be full.”

One more thought occurred to me at the wedding. His presence is magnified and on display when His people are together, as we were at the wedding and as we are every Sunday morning. We celebrated Hannah and Isaiah’s wedding with people we love but rarely see because they live in other states or they are involved with other churches. But that gathering in our backyard reminded me of the truth of Scripture, that all of us who belong to Jesus will one day sit down at the wedding feast of the Lamb. We will be reunited with our friends and brothers and sisters we knew in this life. But just as glorious, we will be sitting down together for the very first time with the brothers and sisters we never had the pleasure to meet on this side of heaven.

That’s a celebration that you don’t want to miss.
By Mark Fox No comments:

Mark Fox
J. Mark Fox is the author of A Faithful Man and the pastor of Antioch Community Church in Elon, NC. You can follow him on Twitter at @jmarkfox.
Newer Posts Older Posts Home
Subscribe to: Posts (Atom)