We are raising adults, not children 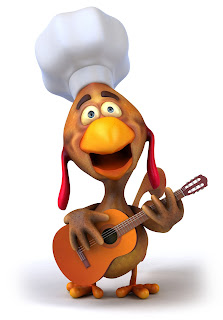 Many years ago, my older daughter walked into the bedroom to ask an honest question about meal preparation. “Mom,” she said, “What should I use to serenade the chicken?”

I suggested, “Hey, good lookin’ whatcha got cookin’?” I know, I’m a wise guy. After we had pointed out that the word is “marinade,” I sang a few tunes to the bird anyway. I think I softened it up a little, and had fun laughing with my daughter, one arm around her as we chuckled about her mistake. She since has cooked many a delicious meal for the family, and loves to sing as she works.

I remember the time when our oldest son was having some attitude problems when it came to doing work around the house. Micah was probably 4 years old at the time, and Cindy suggested that he sing while he worked. “It will make the work go by faster, and you might even enjoy it,” she said. Micah took that seriously, and started singing with every job. I have heard that the carpenters he used to work with in the summer asked him to take singing lessons, but that’s another story.

Then there was the time I looked out the window and saw Micah teach his brother, Caleb, how to mow the yard. A few years later, Caleb was teaching his brother Luke. Luke taught Jesse and Jesse taught Judah. The good news is I haven’t had to mow the yard since 1993. The bad news is Judah will be going to college next year.

One final example: I came home from work one day many years ago and my then 4-year-old ran to meet me at the door, beaming with pride as she announced, “Dad, I asked Mom a question today about a million times!” I smiled and said, “Susanna, please don’t ask Mom the same question more than once.” One of the other kids chimed in, “No, Dad, she asked Mom if she could help her with anything.”

Each of these examples is meant to illustrate a desire of my heart to raise adults, not children. Don’t get me wrong, it has not been without its struggles and they have failed, as we have, many times. But Cindy and I decided early on that we wanted our sons and daughters to grow up to work hard, and to have a heart for serving others. It has been established clearly that young adults who excel in the workplace are the ones who were trained at home by loving parents who teach a healthy work ethic. Those who stand out in business are most likely those who learned at home how to tackle any task with immediate and cheerful obedience. Those who have an “excellent spirit,” like Daniel of old, will rise to the top. But the most important reason we are training our children to serve is because want them to follow the lead of the Lord Jesus who said, “For even the Son of Man did not come to be served, but to serve, and to give His life as a ransom for many.”

David Gergen tells the story of his first year in the Navy, right out of Harvard Law School. He was given the job of walking the Admiral’s dog, complete with pooper-scooper. And it was President Harry Truman who said, “It is not important that you have the best job — but that you do the best with the job that you have.”

Even if that job is just to sing to the chicken.