This is why we love justice 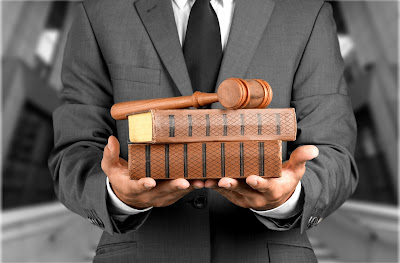 We have all been behind that person in the grocery store express lane whose cart is loaded to overflowing. You stand there with your one jar of peanut butter and debate with yourself whether to tap him on the shoulder and point at the sign. Or whether to say something subtle like, “Excuse me, but what part of ‘12 items only’ do you not understand?” Most of us who were raised in the South, however, will remember the time you were standing in the aisle of the plane, waiting to find your seat while someone, as Brian Regan likes to say, is trying to shove a dead yak into the overhead compartment? If you have flown even once, you know what I am talking about.

How many times have you wished you could be a police officer for just 15 minutes so you could pull over the guy who just cut across six lanes of traffic on the interstate, nearly causing a ten-car pileup?

Or how about the time you were standing in line for hours to get into an event that is festival seating. Right before the doors opened, a hoard of people who just arrived on the scene broke in line ahead of you, and laughed about all the suckers behind them. Why did that grind your gears?

It’s because God is just, and we are made in His image. Every one of us is equipped by our creator with a well-developed sense of justice, which means the slightest injustice can cause us to ball up our fists and clench our teeth. Or at the very least, shake our heads and sigh.

If you have been following along as I write about the story of Esther, you know that Haman plotted to have every Jew in the Persian kingdom destroyed. The king signed off on it, and the days were ticking by until it would be done. But Haman could not wait that long to remove his nemesis, Mordecai the Jew. So Haman built a gallows, 75 feet high, with the intention of hanging Mordecai on it the next morning. When the king discovered that the decree to annihilate the Jews would include his own wife, Esther, and when it was revealed that Haman had also schemed to hang the man who had saved the king from an assassination plot, he exploded. The king ordered Haman to be hanged on the gallows he had prepared. You cannot read the story without despising Haman and wanting him to get what he deserved. And that’s because you cannot rid your soul of a desire to see justice done, and to live justly, without hardening your heart like Haman did. Want to be free of that nagging sense of right and wrong? Here’s what you should do. Live completely for yourself. Ignore any pleas for help. Learn to laugh at victims of injustice, especially those who cannot possibly defend themselves. Then, take the next step and begin to act on your convictions. Treat others with disdain. Plot to harm the weak and eliminate the burdensome. In no time at all, you will look and be just like Haman.

But be forewarned. The Bible says, “Whoever digs a pit will fall into it, and a stone will come back on him who starts it rolling.” You see, that sense of justice that you crushed through hatred and selfishness was given to you by a just and righteous God. He will always do what is right. Always.

Haman found that out the hard way.