God has a sense of humor 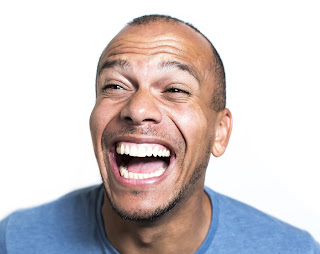 If you don’t think God likes to laugh, you just need read the book of Esther. Pay special attention to the character named Haman in the story, because he’s the one that really cracks God up. Haman was promoted to No. 2 in the Persian Kingdom, and he definitely thought he was all that and a bag of doughnuts. It is clear all through the story, but you can see it best in Chapter 6. That’s when the king can’t sleep, so he calls for his servants to bring him the chronicles. This was the book in which everything that happened in the kingdom was recorded, and the king figured hearing that read to him would knock him out quickly.

Meanwhile, back at No. 2’s ranch, gallows are being built 75 feet high, upon which Haman plans to hang his arch-enemy Mordecai the next morning. See, Mordecai is the only man in the kingdom who will not bow and scrape whenever Haman passes by, so the big H is planning the little M’s demise. This is where God starts to chuckle, because there is one problem with Haman’s plan.

You see, the servant who opens the chronicles to read so the king can sleep just happens to turn to an event that happened five years prior. That was the time when two of the king’s servants plotted his assassination, but Mordecai overheard them. Little M reported the plot to the queen, and the king’s life was spared. Fast-forward five years to the king with insomnia. When the king heard this story of the assassination plot, he shot up in bed, his stocking cap all askew, and asked what had been done to reward this man Mordecai for saving his life. Nothing. Nothing? The king was incredulous that the man had not even received a thank-you note or a T-shirt that said “I saved the king.” He wanted to reward him that day, so he asked who was in the court that could help him with this.

By this time, God is bent double with laughter, because Haman himself had just arrived in the outer court, intent on asking the king if he could go ahead and hang Mordecai on the brand-new gallows. When he was asked to come in because the king wanted to see him, he thought to himself that this was going to be easier than he had imagined. The king asked Haman breathlessly, “What should be done to the man whom the king delights to honor?” Haman assumed the king was being coy and was asking how Haman could best be honored. It just gets better and better, doesn’t it?

Haman lays it on thick, suggesting the king’s horse for the honoree, and a royal robe and a royal crown. He said that a noble servant should walk ahead of the horse and cry out that this is the way the king honors those in whom he delights. He beamed as he said this to the king, and waited for his due reward.

I wish I could have seen Haman’s face at that time, and his expression as he went and told Mordecai what the king had said.

God laughs at the plans of the wicked, and he blesses the humble.