Let patience have its perfect work 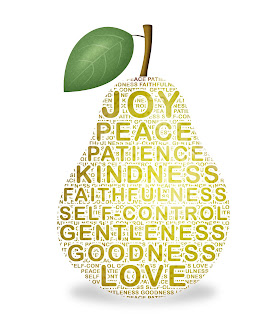 It’s hard to see a problem and not rush right in to try and fix it. Especially, when that problem packs a promise to take hundreds, even thousands of lives. Don’t get me wrong: sometimes waiting is the absolute worst thing you could do. Like last week when three young Americans thwarted a potential terrorist attack on a high-speed train in France.

There are other times when waiting for just the right time to act is clearly prudent. The Normandy Invasion on D-Day took months to plan, but the delay was worth it, as it hastened the end of the war and the Holocaust. When a plan is being put in place that will stop the wholesale slaughter of millions of innocent lives, patience is a virtue.

Queen Esther faced a future holocaust, as the King had decreed that in 11 months the Persians were to strap on swords and slaughter every Jew in the empire. Instead of rushing into the throne room and protesting or pleading for mercy for her people, Esther was patient.

We see patience in her decision to wait for three days before she went in to see the king. She fasted and prayed, as did all the Jews in Susa. Fools rush in where angels fear to tread, and Esther was no fool. I can relate to the fool, though, as do some of you. We get an idea and immediately act on it. Or we see a problem and rush to fix it, often making the problem worse because we go in half-cocked and unprepared in our minds or our spirits. There’s much in the Bible about waiting on the Lord and letting “patience have its perfect work.”

Notice, however, that Esther didn’t wait three months, as that would have illustrated procrastination. She knew she needed to act with deliberateness but not with haste or with sloth. She understood the importance of timing.

After three days of praying and fasting and planning, Esther went in to see the king. Again we see her patience, because she did not point her manicured finger at the king and tell him that his top advisor Haman was a snake and a liar and the king must be a fool not to see that. No, she simply invited the king and Haman to come to a feast that she had prepared. Get that? Esther did not come asking for something, but with something she wanted to give. This powerful play won the king’s heart and put Haman off his guard, setting him up for his big collapse.

We also see the patience of Esther in the second request she made of the king. Sometimes, half the battle is won by waiting for the right time. Wise wives learn that the moment a tired and hungry husband walks in the door after a long day is not the time to ask him to do something, or think about something or fix something or make an important decision. That’s just bad timing. Esther waited until the seven-course meal was done and the king’s belly was full, and he was enjoying a glass of wine. He asked her again what she wanted. Esther knew that the only thing a man liked more than a big feast was another one (that may not be completely true), and just to make sure she had the king’s full attention, she asked if he and Haman would be the guests of honor at another banquet the following evening.

The patience of Esther’s plan required one more day. Read the book to find out why.
By Mark Fox