For such a time as this 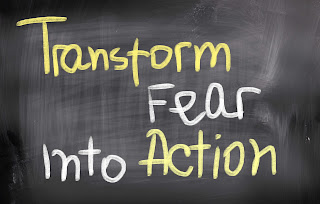 It was not a joke. Even though she was his wife, Esther knew there was a chance she would lose her head if she went to see the king without his personal invitation. The Persian monarch had men around him who carried axes for that very reason. He was protected at all times, and no one could just saunter into his presence. Not even the queen. So when she was told by Mordecai that she needed to intervene on behalf of all the Jews in Persia, Esther balked. Didn’t her cousin know the deadly risk he was asking her to take? He did, but he also knew that God would deliver His people. He told Esther that if she refused, relief and deliverance would arise from another place. Then he said the words that would change the heart of a young woman and the destiny of a people: “And who knows whether you have not come to the kingdom for such a time as this?”

It is vital for Christians to see the difference between what Mordecai did and didn’t know. He did know that God would deliver His people. That was true then, and it is true now. He did not know how God would do it. He did not know whether God would use Esther to change the heart of her husband, the king. Therefore, he did not tell her that if she had “enough faith,” God would act. Neither did he say that if she told God whatever she wanted, God would have to give it to her. Mordecai did not believe in the so-called ‘prosperity gospel’ any more than you or I should. That false gospel puts people in bondage and pushes them away from the church and from God when He doesn’t perform the way He is expected to. One friend of mine lost a sister-in-law a few years ago to cancer, but up until the last day she and her husband were being told by their church in California that if they had enough faith, God would heal her. Even after she died, the elders of the church told her husband that if he had enough faith, they could pray and God would raise her from the dead right then. When his older children heard about this, they walked away from the church and even from faith in God.

Esther had a choice to make, and let’s be clear about what she did and did not know. She did not know whether the king would let her live. He hadn’t even wanted to see her for thirty days. For all Esther knew, she had fallen completely out of favor, and walking into the inner court without an invitation would be just the excuse the king needed to get rid of her and find himself another beauty queen. She also clearly did not know that she could command God with her words, and that the force of her will combined with the confidence of her faith was powerful enough to move the hand of providence and control the Creator. She did not know that God is mankind’s heavenly bellhop…because he isn’t.

Esther knew that whether she lived or not, she had to obey God, and nothing in life matters more. That very moment of decision, I would argue, is when she truly began to live.

In these challenging days for followers of Jesus, who knows, reader, but that you also have been called to His kingdom for such a time as this?
By Mark Fox