This story has it all 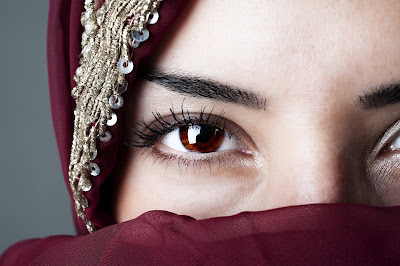 Courage. Faith. Politics. Betrayal. Genocidal plots. A beauty pageant. Gallows. Irony. Even humor. The story of Esther has it all. It’s more important than Jurassic World because it’s true. It’s relevant to us today because not much has changed. The world is still a dangerous place for Jews, and becoming increasingly so for followers of Christ.

The story takes place in Susa, when the Persians had their 200-year shot at ruling the world. Archaeological findings confirm what the book of Esther teaches.

There are four main characters in the story, and many who played smaller roles. There is King Ahasuerus. He is the central figure in the kingdom, but is not the central figure in the story. In fact, though he reigns over the known world, he is the weakest of the four main characters. I can’t help but cast Nicholas Cage in the part of the king. We are introduced to Mordecai in chapter 2: “Now there was a Jew in Susa the citadel named Mordecai.” I love this guy, as he plays the part of the voice of truth and the man of God in the story. I’m going to pick Dustin Hoffman for this pivotal role. Mordecai has been forced from his home in Jerusalem and is living in this foreign land, and has raised his much younger cousin there. That’s Esther. She is the heroine of the story, and some who heard me preach an introduction to this story last week suggested I cast Jennifer Lawrence in the role, though I like Keisha Castle-Hughes better. There’s no evidence that Esther was any good with the bow and arrow, but she was definitely clever, courageous and humble. I think of Shakespeare’s Twelfth Night, when Malvolio said, “Be not afraid of greatness: some are born great, some achieve greatness, and some have greatness thrust upon them.” The irony in this story is the one who most aspired to greatness, Haman, is the one from whom greatness is snatched away. The least likely woman in the whole empire to have greatness thrust upon her was Esther, a Jewess living in exile. That brings us to the last character, the evil Haman. Some suggest Tom Hardy for this role, although I like David Strathairn as the presumptuous antagonist. Haman is promoted above all the other officials and essentially becomes the King’s right hand man. He hates Mordecai because Mordecai will not bow and scrape before Haman like the rest of Susa does. Haman finds out that Mordecai is a Jew and hatches his plot to have Mordecai and every Jew in the kingdom slaughtered on a given day. The King signs the genocidal decree into law, and the law of the Persians cannot be revoked. What Haman doesn’t know, and what the king doesn’t know, is that Esther is a Jew, so the king has signed his wife’s death warrant. What will happen? Will Mordecai be able to escape the gallows Haman has built for him? Will Esther keep silent about her heritage and faith, even while her cousin and all the rest of the Jews perish? Or will she come up with a plan to not only save herself but save her people as well? Read the story in the Bible and see for yourself.

By the way, this book almost did not make it into the 66 books of the canon because there is no mention of God anywhere in it. His fingerprints are all over it, however, and we learn that even when we think God is absent, He is not.

This story has it all.
By Mark Fox