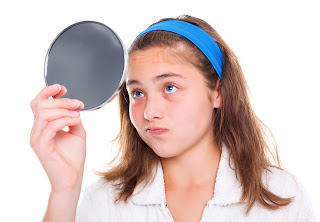 It was a 5th century beauty pageant, plain and simple. As far as we know, there was no talent involved in the competition. There was also no interview portion, sadly, because that would have given the young women an opportunity to talk about world peace or maybe world domination, since that was the order of the day for King Xerxes. No. The officials of the king were sent into every province to find women who met just three requirements. They had to be young, beautiful and virgins. They were then brought to the capital city where they were turned over to the king’s eunuch, Hegai, who had authority over the harem. Apparently Hegai was the world’s most renowned beauty consultant and would spend a year helping the women get ready to be on the cover of Persian Vogue. They would be given six months with oil treatments and then six months with spices, and I have no idea what that means. The modern explanation (I’m guessing here) might be that these women who were already beautiful would have a total makeover. They would go from good to great or from great to heart-stopping. At the end, however, only one would be chosen by the king to become queen of the vast empire. I agree with you, dear reader: it was a sordid affair, but one into which God placed Esther for a much higher purpose than just to be a queen. She would be the instrument God used to save the Jews from annihilation.

The only way the plan would work would be for Esther to be beautiful. God took care of that and made her exactly the way he chose to, just as he did you and me. Don’t rush past that thought without letting it sink in. Because until we come to terms with how God made us, we will struggle mightily. God made you and me exactly the way he chose to. He chose how tall we would be, and what color our skin and eyes and hair would be. He chose what gender we would be. And he looked on his creation, every one of us, and said, “It is very good.” Until we embrace that, we will struggle with comparisons and discontentment. We will wish we were taller or fairer or darker. We will wish we had curly hair or straight hair or any hair. We will buy into the lie that says our worth is determined by our looks, which leads to bitterness, even bitterness against God. I mean, whom can we blame for our height and hair color and complexion and gender? Just God. We must come to terms with the fact that God made each one of us exactly the way he wanted to, and that God doesn’t make junk. Have you been envious of another person’s position, or appearance, or personality? We all have at one time or another. But if that is something you struggle with on a regular basis, I urge you to tell God about it and ask him to forgive you for your discontentment with the way he made you. Thank him for it, and get on with the more important question of why he made you.

Esther was a woman of great beauty, which opened the door for her to be in the Miss Persia pageant. But it was her inner beauty that God used to open every door after that. To borrow from a familiar quote, “Physical design is God’s gift to you. Character is your gift to God.”