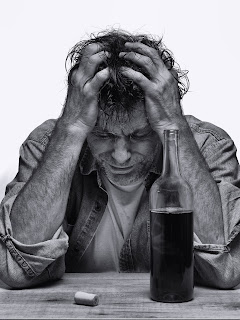 Picture this. The king invites all the men of the capital city into his palace for a feast. He opens his wine cellar and serves them the very best. The men are told they can drink as much as they want. For seven days.

Got the picture? Hundreds, maybe thousands of men. Unlimited wine. Nobody’s working; everyone’s on paid holiday. No wives: they’re all with the queen in another part of the city. And, look! There’s the king, right in the center of the drunken bash, bragging about his riches and his possessions and his building projects and his army and his palace. He keeps bragging and drinking, and the wine slowly takes over the weak will of the egotistical monarch.

The king does much worse than a lampshade, as the consequences of his drunkenness lead to a broken marriage and a deposed queen. Fueled by alcohol and his own foolish pride, he decides to show something to the men that they have never seen before. At least, not up close. The king may have thought in his inebriated state, “I’ve shown off my power, my pomp, my provision. Why not show them my prize?” They’d seen his golden wine goblets and gold and silver couches and the palace in its splendor. But they had never seen his queen, not like they were about to see her, if the king had his way.

There has been much speculation as to what is meant in chapter one when the king instructs his servants to go and fetch the queen “with her royal crown, in order to show the people and the princes her beauty, for she was lovely to look at.” If it meant that she was to come unveiled, that in itself would have been undignified, a violation of the Persian custom that a woman’s beauty was for the admiration and the enjoyment of her husband alone. Others have suggested that the king meant for his wife to come to his feast wearing only her crown. Either way, Vashti refused to come and be ogled by hundreds of drunken men. Who can blame her?

It is clear to me that the king may have been a provider for his wife, but he was certainly not a protector. A husband that is a protector will put himself in harm’s way before he will allow his wife to suffer humiliation or shame. He would never make her an object for other men’s lusts. He would never ask his wife to do something that would violate her conscience or cause her to sin. In short, he would put her needs above his own.

The sad truth is that this story is repeated in too many households every day. A huge ego, a weak will, and a belly full of alcohol will always be a dangerous combination.