Make sure you understand God’s grace 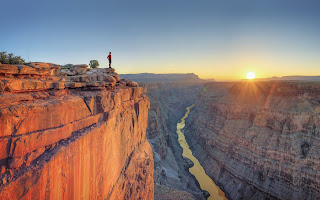 If God’s grace is the Pacific Ocean, most of our life is spent happily paddling around a 3-foot plastic kiddie pool. It doesn’t have to be that way.

In his book, Transforming Grace, Jerry Bridges expounds on 10 proofs that we don’t understand God’s grace. Here are five of them, with my comments. First, you don’t understand God’s grace if you live with a vague sense of God’s disapproval. That means you have a performance-based acceptance mindset, and everything you do is with the motive of trying to earn God’s approval. But we have His approval if we know Jesus, so we can live joyfully with an acceptance-based performance mindset. There’s nothing sweeter than the assurance of God’s unconditional love.

Second, you hesitate to bring your needs before Him when you’ve just failed Him. The Bible says God has cast all our sins behind His back. They are as far as the east is from the west. That means all of our failures, past, present and future, are out of sight, covered by God’s grace. When you fail, why do you wait to come to God? Do any of you want your children to fear coming to you when they fail? Of course not. How much less does God want that for us?

Third, you think of His grace as something that makes up the difference between the best you can do and what He expects from you. That would be like two of us trying to jump across the Grand Canyon, which averages nine miles in width. I might jump 15 feet after a full sprint. Then you come along and blow me away with a 30-foot jump. Where do we both end up? Right. Smashed against the rocks on the canyon floor. That’s not a picture of God’s grace. He is not a neurotic taskmaster; He’s our heavenly Father.

Fourth, you feel you deserve an answer to prayer because of your hard work and sacrifice. That reminds me of the Pharisee who prayed thus with himself: “I fast twice a week; I give tithes of all that I get.” He went down to his house unjustified, not like the tax collector who simply threw himself on God’s grace and pled for mercy. To the degree that we trust in our own self-righteousness, putting any confidence in our own spiritual achievements, to that same degree we are not living by the grace of God.

Fifth, you don’t understand God’s grace if you can think of someone you look down on. This is a tough one for all of us, since we get so much pleasure feeling smug about ourselves when we compare our lives to others. I was reminded recently that Paul said that he was the very least of all the saints. If that’s true of Paul, then who am I? If I am lower than the least of all the saints, then who am I to look down on someone else? Rather than feeling smugly when we see others not living up to the standard we think they should, maybe we should remind ourselves daily of the ocean of grace God gives us every single moment, despite our constant failure to honor Him as only He deserves.

John Newton, who wrote the beloved hymn, “Amazing Grace,” said near the end of his life, “Although my memory’s fading, I remember two things very clearly: I am a great sinner and Christ is a great Savior.” If we know at least that much, we are well on our way to a healthy understanding of God’s amazing grace.
By Mark Fox

Thank you. Always need to hear it again. At any given moment in my day I can slip into a "got to earn your way" orientation.