Do good works for the right reasons 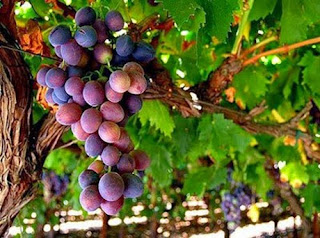 Paul wrote to Titus that Jesus Christ gave Himself for us for three reasons: to redeem us from sin, to purify a people for Himself and to make us zealous for good works. He could have said, “make us zealots for good works,” because it’s the same Greek word. Zealots in that time were crazed fanatics, hair on fire, wild-eyed, absolutely committed to overthrowing the government of Rome. But we are to be wild-eyed crazed fanatics for Jesus, committed to glorifying Him through good works. But, wait. That doesn’t mean our good works have to be wild or big or even noticed by anyone, even by the ones who receive the benefit? I am sure the four guys who carried the paralytic to Jesus and then dug through a rooftop to get their friend close enough were not doing that to be seen by others. They didn’t plot the whole scheme as some kind of first century flash mob event. No. They cared about their friend and believed Jesus could heal him. They were right. How about the woman who threw the equivalent of less than one cent in the coffers at the temple? The poor lady did not leave her house that day thinking, “Boy, I’m going to make a splash at the service today!” No. She was just doing a good work because she loved God and knew that He loved her. She had no idea that Jesus would make her an object lesson for all time on sacrificial giving. But He did.

We also know from Jesus’ parable of the soils that good works, or fruitfulness, is just what Christians do. He said that the good soil that received the seed of the Word would produce 30, 60, even 100-fold. The good soil isn’t showing off. It is simply being good dirt, just like you and me. The impact of our good works is up to the Lord. He is the one who gives the increase. We are the ones who do good works, for His glory.

Paul also said, “let our people learn to devote themselves to good works.” It is a learned behavior. How many of you have children who, as soon as they could walk, spent their days walking around the house picking up toys, cleaning up messes and doing whatever needed to be done? No, that child does not exist. I used to tell people that our kids were skilled craftsmen at making messes and getting things out of the cabinets and drawers, but had no skill at all in putting them back. That was a learned behavior. I would add, parents, that when you set your mind to teaching your children how to serve in the home, you are training them for good works in the church and in the community. You are also training them not to be that guy at work who just does what’s required of him and no more, because he is there for himself, not to make the company successful. Teach your children well. Teach them that doing good works will not always be rewarded on this side. And that’s part of the process of learning to do them for the right reason. We have to experience ingratitude in the face of a good deed to learn that we do not love and serve others so they will love us back or even say thank you. No. We serve them because it is profitable for them and because it brings glory to God.