Christians, get out of your own way


Nicholas Kristof, columnist for The New York Times, wrote this several years ago: “Liberals believe deeply in tolerance and over the last century have led the battles against prejudices of all kinds, but we have a blind spot about Christian evangelicals. They constitute one of the few minorities that, on the American coasts or university campuses, it remains fashionable to mock.” Then recently he wrote this: 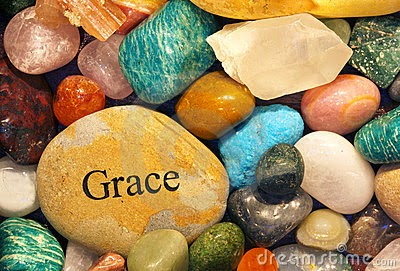 “I’ve written often about committed and self-effacing Christians doing outstanding work combating injustice around the world, and it’s frustrating that they don’t get attention. The problem is that their heroism is often overshadowed by sanctimonious blowhards.”

I would take issue with the underlying assumption Kristof seems to believe, that Christianity is only important because as a whole it promotes social justice. But I would agree with him on two points. First, evangelical Christians are perhaps the most-mocked minority in our nation. Second, much too often we bring it on ourselves. I confess that often I am much more concerned about winning the argument with an opponent to Christianity than I am about winning the person. I can easily dig in to defend my right to be right, even though I know that in saving my turf I may lose my witness. My opponent may walk away shaking his head at my tenacity, but he won’t come closer to take a look at my faith. Or at me.

We Christians need to get out of own way. How’s this for a game plan? “Remind them (Christians)…to speak evil of no one, to avoid quarreling, to be gentle, and to show perfect courtesy toward all people.” You have to join “Blowhards Anonymous” in order to follow those four commands of Scripture, but it will be worth it. You will no longer slander those with whom you disagree, even those who have declared themselves to be your enemy. You will resist temptation to enter into a diatribe either online or in person. Instead, you will with God’s help make your life such that people will not be able to resist asking why you live and love the way you do. You will seek to be gentle, which means, “ready to yield personal advantage.” And you will, by God’s grace, show perfect courtesy to all people. That’s hard. I know I can show some courtesy to some people, especially the people who are courteous to me, but perfect courtesy to everyone? What would that look like?

Rosaria Champagne Butterfield was at one time a self-proclaimed leftist college professor, living an alternative lifestyle, and she hated Christianity and everything it stood for. Then she received a letter from a pastor named Ken in her city. He wrote, as many others did, in response to an article she had published in the local newspaper, attacking Christianity. He didn’t argue or attack back. He simply asked questions, and what drew Rosaria Butterfield to the letter was his kindness. His courtesy. She wrote, “Later that night, I fished (his letter) out of the recycling bin and put it back on my desk, where it stared at me for a week, confronting me with the worldview divide that demanded a response. As a postmodern intellectual, I operated from a historical materialist worldview, but Christianity is a supernatural worldview. Ken’s letter punctured the integrity of my research project without him knowing it.” Mrs. Butterfield is now a Christian and a pastor’s wife.

Christianity will continue to be mocked. Jesus said it would be so. But may we not be mocked because we are sanctimonious. Let’s get out of our own way, for His sake.
By Mark Fox