What Hath Homosexuality to do with Abortion?

First, props to me for using old English in my blog title. I’m not entirely sure if it is old English, and if it is if I’m using it correctly, but I know that you will join me in congratulating me on my old school, yet trendy use of grammar. 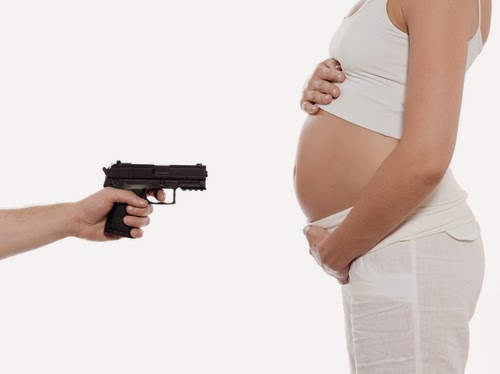 Seriously, though. What does homosexuality have to do with abortion, besides the fact that they are two of the most vitriolic sins of our day? To answer this, we need to consider God’s very first command to Adam and Eve, the first people to ever live:

Peter Enns, a Harvard PhD Graduate and Old Testament scholar, calls this the “creation mandate,” and writes that humanity’s participation in it “is a sign of God’s presence and blessing” (The NIV Application Commentary on Exodus, 41). The Genesis creation account divulges that mankind is God’s crown jewel of creation. No other piece of creation was created in his “image.” That God commands mankind to “be fruitful and multiply” is his way of allowing humanity to exclusively participate in his creation. In the briefest of definitions, it is God’s blessing on mankind to reproduce. But it’s not just the act of reproduction; it’s the reproduction of the life that was made in God’s image.

When people reproduce people, it testifies of the very existence of God and his love for human life. Anything that intentionally assaults this is a threat to the most elementary principle of life itself.

It is this consideration that establishes a platform for the argument that the sins of homosexuality and abortion are joined at the hip, for both undermine the most elementary command and glorious responsibility for what it means to be a human being.

Logically, homosexuals cannot participate in the “be fruitful and multiply” mandate. A man and a man cannot reproduce another person, and a woman and a woman cannot reproduce another person. It is only by the consummation of two people of the opposite sex that another person can be reproduced. This is the most foundational argument in the Bible against homosexuality, and the backdrop against which all of Scripture is written. It’s why individuals like Matthew Vines are flat-out wrong in their attempted arguments to fuse homosexuality and Scripture. Vines is the author of God and the Gay Christian, a book that attempts to prove that Scripture is okay with homosexuality, so long as the individuals participating in the relationship are in a loving and committed relationship.

James M. Hamilton Jr., in his contribution to the book God and the Gay Christian?: A Response to Matthew Vines, offers a pertinent illustration that showcases the importance of the creation mandate:


Authors communicate by showing and telling. Once they have told, they don’t have to re-tell when they go on to show. In other words, as a writer introduces his audience to the world in which his story is set, if he tells them that world includes the earth’s gravitational force pulling objects toward itself, he does not have to reiterate that explanation when he shows a plane crash. The author does not need to interrupt the narrative and remind his audience about gravity. Anyone who understands this will question the interpretative skill of the person who isolates the account of a plane crash from its wider narrative, then attempts to prove that gravity did not pull that plane to the earth because, after all, the author did not mention gravity when he narrated the plane crash (29-30).

With these commands, Egypt’s Pharaoh opted to antagonize life at its most fundamental level. Israel testified of God’s blessing and glory, and that threatened his agenda to advance his own glory, which, I personally argue, is what we do whenever we issue laws that parallel these. This is precisely what our country did in 1973 and will likely do (and is already doing!) with marriage. In so doing, we set ourselves up as taskmasters and executioners over life itself.

The Exodus 1 event is probably the earliest account of abortion in history, and it is a direct attack on the creation mandate, thereby connecting it with homosexuality as one of two vehement ways that humanity can sabotage the very thing that makes us, well, human.

The Importance of the Creation Mandate

The creation mandate is of the upmost importance in Scripture. It’s not only what God commanded Adam and Eve to do in Genesis, but also what he commanded Noah after the Flood, an event that hit the reset button on the human race:


“And God blessed Noah and his sons and said to them, ‘Be fruitful and multiply, and fill the earth'” (Gen 9:1).

It’s also what God promised to Abram, the father of Israel, in Genesis 15:


“And he took him outside and said, ‘Now look toward the heavens; and count the stars, if you are able to count them.’ And he said to him, ‘So shall your descendants be'” (Gen 15:5).

Ultimately, God wanted to display the totality of his creation mandate through Abram’s descendants. They became the nation of Israel, a nation that, to this day, has impacted the world more than any other nation in humanity’s history. When men like Nebuchadnezzar and Hitler summoned Pharaoh’s antagonistic methods against the creation mandate, the Jews miraculously overcame the events because God promised that they would.

As Peter Enns writes, the fulfillment of the creation mandate is a testimony of “God’s presence.” Participating in homosexuality and abortion ceases the mandate, and thus uninvites God from his own party.