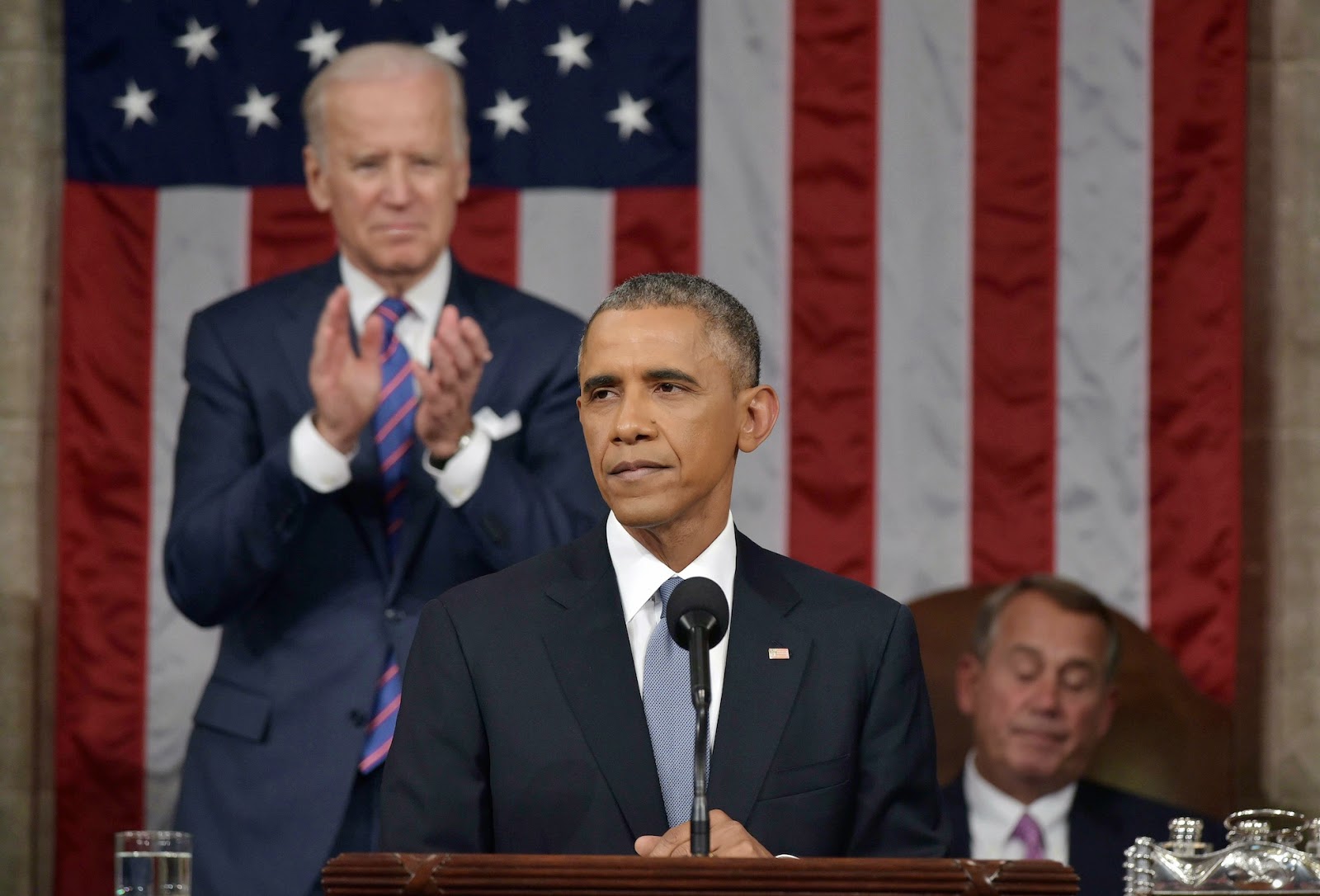 Last night President Obama gave his annual State of the Union Address. The occasion undoubtedly aroused political gurus and, well, everyone on social media to parse the speech whilst sharing their thoughts. There is always a torrent of talking points, but there is one line that is included in every State of the Union Speech that I think deserves more attention than anything else–the last line, “God bless America.”

President Obama has invoked the line in every single one of his State of the Union speeches:


“Thank you. God bless you. And God bless the United States of America.” -B. Obama, 2010 State of the Union Address

“Thank you. God bless you, and may God bless the United States of America.” -B. Obama, 2011 State of the Union Address

“Thank you, God bless you, and may God bless the United States of America.” -B. Obama, 2012 State of the Union Address

“Thank you. God bless you, and God bless these United States of America.” -B. Obama, 2013 State of the Union Address

“God bless you, and God bless the United States of America.” -B. Obama, 2014 State of the Union Address

“Thank you, God bless you, and God bless this country we love.” -B. Obama, 2015 State of the Union Address

One might think that a Southern Baptist Pastor would be delighted to hear a President implore God’s blessing on America, but in my assessment this was the speech’s most disparaging line because of all the things that came before it.

Biblically speaking, our Union is in no state to be blessed by God. I can cite at least two considerable reasons why from last night’s speech alone. The first concerns abortion. Obama said,


“We still may not agree on a woman’s right to choose, but surely we can agree it’s a good thing that teen pregnancies and abortions are nearing all-time lows …” -B. Obama, 2015 State of the Union Address

While it’s true that I can agree that “it’s a good thing that abortions are nearing all-time lows,” the fact is that this has nothing to do with any kind of pro-life policy. In 2014 the Center for Disease Control, our United States’ government public health institution, said that this trend had to do more with the recession than anything else.


“Since 2008, as the recession took hold, women revealed to researchers they were determined to avoid unwanted pregnancies because of worries over the cost of raising children. The ensuing collapse in the housing and job markets persuaded many women to be extra vigilant about using safe and reliable birth control methods, analysts said.” -sacbee.com

So the fact that abortions are hitting all-time lows has nothing to do with pro-life policies. In fact, if Obama’s policies were uninhibited by the recession, I don’t believe that he would have been able to say what he said last night. The fact that he chose to say, “We still may not agree on a woman’s right to choose” presupposes his mindset that unborn babies are not lives, but mere tissue that a woman can choose to carve out of her body if she well pleases.

God cannot and will not bless a Union that unapologetically murders its most innocent citizens, and that is precisely what we have done since 1973, when our Union’s Supreme Court approved such a thing.

I think it’s important for me to note that I agree with the President’s statement that we ought to “respect human dignity,” and that I, too, “want future generations to know that we are a people who see our differences as a great gift, that we are a people who value the dignity and worth of every citizen.” I think we would, however, disagree with the definitions of words like “respect” and “dignity.” You see, I think it’s quite possible to disagree with a homosexual lifestyle and yet still show a homosexual respect and dignity. I don’t think a person has to accept someone’s lifestyle in order to demonstrate respect and dignity.

Also, homosexuality is a far different issue than someone’s gender, age, skin color, or ethnicity. Obama doesn’t seem to think so, incorporating the terms “gay and straight” in his list of the types of differences people have that serve as a “great gift.”

The Bible doesn’t consider homosexuality a “great gift,” though. It considers it quite the opposite. Paul says that the affirmation of it is a sign that God has removed his blessing from whatever entity is basking in it. That is, the acceptance of homosexual behavior isn’t a sign that a person or a Union is on its way away from God’s blessing. It’s a sign that it has already lost it:


“For this reason God gave them over to degrading passions; for their women exchanged the natural function for that which is unnatural, 27 and in the same way also the men abandoned the natural function of the woman and burned in their desire toward one another, men with men committing indecent acts and receiving in their own persons the due penalty of their error.” Romans 1:26-27

If these two issues–murder and sexual immorality–aren’t considerable enough, Obama was not shy in claiming what he considers the most challenging threat to our Union–heat. That’s right. According to Obama, the greatest threat to our Union isn’t the murder of innocent citizens or the wrath of God upon immorality, but really hot summers.

Obama claims that his administration’s focus on being green is a “pillar to our leadership” and an “example of our values.”

I don’t think it will be long–perhaps in my own lifetime–that we will have a President who fails to include the traditional “God bless America” line in his presidential speeches. In my estimation, this might, lamentably, be a more virtuous act than asking God to bless what our Union has become.

I’m afraid to say that God will not and cannot bless our Union in its current state. It’s against his very nature. A better closing line might be, "Thank you, God help you, and God help us all."