A thankful heart is powerful medicine 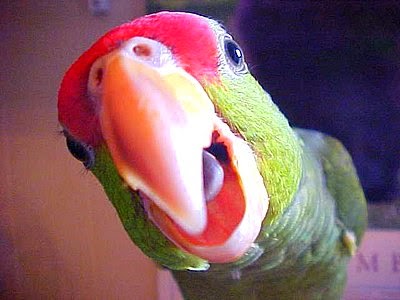 A silly story that makes a point. We need to speak up. Dr. Carson was using the story to illustrate the danger of political correctness. I want to use it to underscore a different problem. OK, you ask, about what should we speak up?

In her book, “Twelve Baskets of Crumbs,” Elisabeth Elliot writes, “Tell it like it is’ is the watchword today. But suppose …it’s actually beautiful? Suppose the clerk who waits on you happens to be the most gracious one you’ve ever encountered? Tell them. Tell them now.” We need to speak up when someone deserves our praise and thanks. OK, so let me ask you this. Who always deserves our thanks and praise?

If your answer is “God,” go to the head of the class. We should speak up and give thanks to God because He is our creator and our savior. We exist only because He made us, and we find our greatest joy and only hope in knowing Him through His son, Jesus. A thankful heart is powerful medicine. A thankless heart, on the other hand, starts a terrifying downward spiral.

Take a moment and read Romans 1. In the second half of the chapter, Paul describes what I would call the pathology of a debased mind. He traces the steps men and women take to get to the place finally where they are “given up” by God to live life completely on their own terms, and they are “filled with all manner of unrighteousness (and) evil.” Where does this deadly journey begin? The Bible says it starts when someone suppresses the truth about God, who has plainly revealed His existence in creation: “the heavens declare the glory of God.” Instead, they do not honor Him as God or give thanks to Him. The decline continues as their thinking becomes futile and their foolish heart is darkened. Then, though they claim to be wise (enlightened!), they become fools. Next, they exchange the glory of God for images or imaginations or other substitutes for God. As a result, God gives them over to run after the lusts of their own hearts, and the downward spiral continues and gets worse.

That’s the bad news. Here’s the great news. That downward spiral can be reversed. Stopped in its tracks and turned around. Start by doing the opposite of what the text describes. Honor God as God and give Him thanks. Your thinking will be clearer and your heart will be filled with His light. You will grow in God’s wisdom and learn to recognize and renounce your own foolishness. And God will bring you into close fellowship with Himself.

Ann Voskamp wrote, “When you’re looking for joy, you will always find it hiding in your gratitude.” Take it out of hiding. Give thanks to God. Say it out loud!
By Mark Fox