Blessed by God are the eyes that see 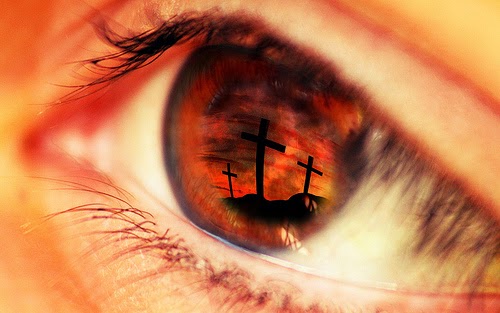 I wouldn’t last a day as a real pirate. But lately I’ve heard all the pirate jokes, especially the bad ones. “Why didn’t the pirate go see the movie?” “Because it was rated ARRRRRRRRR.”

I am wearing an eye patch because of the adventure that began in early September when I started noticing floaters and flashers in my right eye. Flashers appear like little lightning bolts coming from the corner of the eye, and you know what floaters look like. Because I had seen the same thing in my left eye one year earlier, I figured it was a torn retina, which was easily repaired with laser surgery then. This time, however, there was also a detachment, which Dr. Jason Sanders at Piedmont Retina Specialists in Greensboro described as “a medical emergency.” I’ll spare you the gory details, but after two in-the-office procedures and one operation, my right eye is on the mend. I still have a gas bubble in it and my vision is poor, so I wear a patch to keep my left eye seeing clearly. I missed most of a national conference our church hosted and at which I was supposed to speak three times. I missed our annual men’s retreat at Holden Beach where 40 men and young men from the church enjoyed two nights and days of teaching, worship, fellowship and eating like, well, men. I missed two Sundays at church while having to lie on my left side with my head in a certain position for 12 days. There’s no question in my mind that I would have been prescribed Ritalin as a very active elementary school student back in the ’60s, had there even been such a thing then. So, to stop doing everything I am used to doing for two weeks was the hardest thing I have ever, uh, not done. Let me share just a few of the lessons I have learned during this season of my life.

I learned that my eyesight is a gift from God, and had I lived one hundred years ago, or if I lived in many places in the world today, I would be blind in both eyes now.
I learned that I can trust God to take me through very painful surgery.

I learned again that the church belongs to Him, and that its health does not depend on me. He has placed many in the body who can lead and feed the flock in my absence.

I learned that we are never sidelined as believers. What we sometimes describe as a detour is God’s design, for which He has gospel purposes. He allowed Cindy and me to meet Lauren, Amy, Harry, Kim and others at the doctor’s office, and share about our family, our church and our love for Christ.

I learned that God has His people everywhere. Just before I was taken back for scleral buckle surgery, Dr. Sanders came into pre-op to speak with me. He said, “My wife and I prayed for you by name this morning.” My heart rejoiced that not only was I in the care of a highly skilled doctor, his life is in the hands of the Great Physician.

Jesus said to His disciples, “Blessed are your eyes, for they see.” He was talking about spiritual sight, which is given by God to those who trust in the One who is the light of the world.

Let me encourage you to do two things. First, go see Dr. Sanders at the earliest occurrence of flashers and floaters. Second, entrust your spiritual vision to the God who made you.
By Mark Fox

Although I don't know you Pastor, I have been through the same experience recently with eyes. Because the actual procedure is not an easy one and the recovery looks long and challenging, I also realized that without the Lord's support and lots of prayer in times like these, we would be lost.

God Bless You in your recovery
Mark (Another faithful servant)

I just saw this, Mark. Sorry it took me so long. I am really bad at reading my columns after they are posted, to see if anyone has commented. May the Lord bless you in your ministry! Thanks for your words of encouragment. I am still waiting for the right eye to not be cloudy, but that may never happen.