Duty is ours, results are God’s 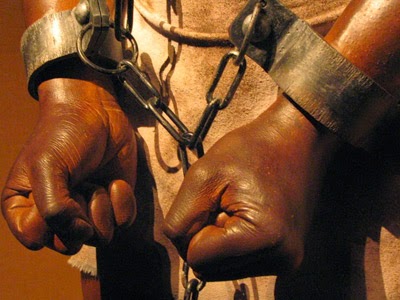 Many people do not know that after John Quincy Adams completed his tenure as president in 1829, he was elected to the House of Representatives. There, he served for the last 18 years of his life, waging war against slavery in a pro-slavery House.

Adams was dubbed the “Hell-Hound of Slavery” because of his dogged determination never to quit the fight until victory was his.

During this time in our nation’s history, the Congress was responsive to the people, and Mondays any citizen could make a petition in the House and ask for legislation. On one particular Monday, John Quincy Adams introduced 900 anti-slavery petitions! The pro-slavery congressmen were livid, and passed a resolution that any petition could be brought to the House on a Monday except petitions that opposed slavery. This was the first “Gag Rule” ever enacted by Congress, and it was aimed at one man who was willing to stand for what was right. It did not work.

Adams’ battle continued, despite the fact that he was threatened with expulsion from the House by congressional leadership. He never slowed down or even showed signs of fatigue. Asked once why he persisted in the fight, and how he managed to avoid discouragement (or even despair) at the outcome, John Quincy Adams replied, “Duty is ours, results are God’s.”

Oh, what a guiding principle for our lives! Adams cared deeply that slaves be set free, but whether they ever were or not was not his motivation. He fought for their freedom because it was the right thing to do, not because it was the most expedient. He understood, perhaps, what Benjamin Rush (one of the signers of the Declaration of Independence) meant when Rush said that on the final judgment day God will say to all those who belong to Him through a relationship with His Son Jesus, “Well done thou good and faithful — not good and successful — servant.”

On Dec. 3, 1844, after nearly eight years of battling the pro-slavery forces with the Gag Rule in effect, John Quincy Adams’ motion to rescind the rule was passed. Once again, slavery was an open topic of discussion in the Congress. Though the abolition of slavery did not seem to be any closer to becoming reality, at least now the topic could be debated again in the House. Adams’ response to the victory? Blessed, forever blessed, be the name of God!

We know the end of the story that John Quincy Adams never lived to see. Slavery was finally abolished but it took a man named Lincoln some four decades later to finish the job that Adams and others had begun. Had John Quincy Adams lost hope and faded in the heat of battle, what would have become of the cause? We will never know, because Adams remained faithful to the end, though he never saw the full fruits of his labor.

Isn’t the Christian life much like that? We toil and labor and sow and water, and often it is for future generations to enjoy the fruit. Yet we are called to be faithful to the end, no matter the cost. As you know, dear reader, our nation is crumbling from moral and spiritual decay. Who of us will follow John Quincy Adams’ example? Duty is ours, results are God’s.
By Mark Fox