A Man Needs His Brothers 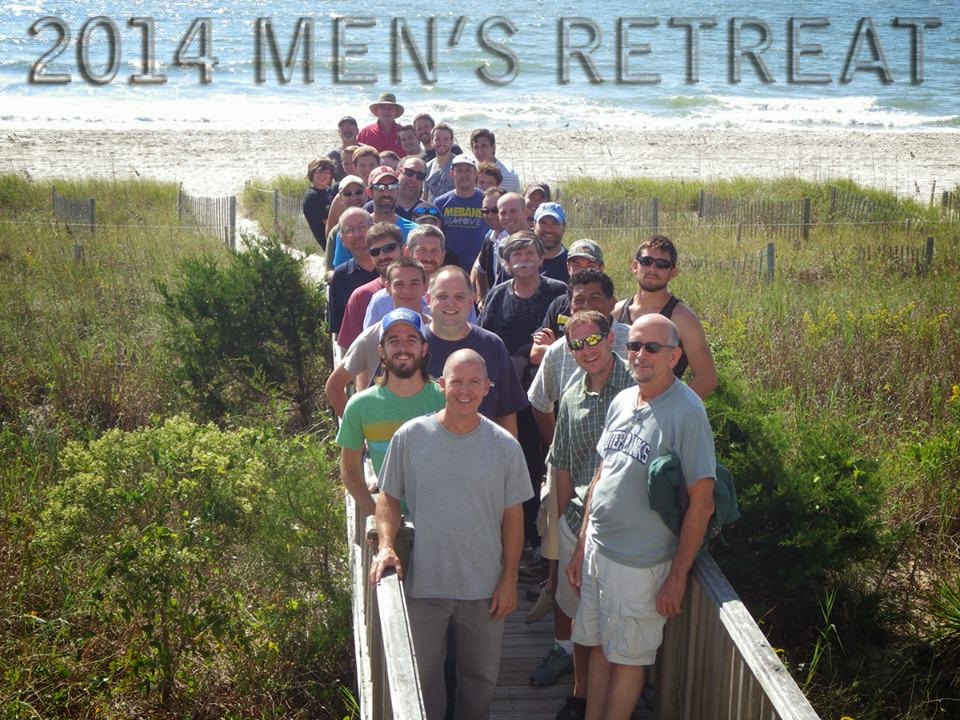 As you read this, I am at a men’s retreat with 40 of the men and young men of the church. It reminds me of another retreat several years ago. At one point during the weekend, there were about 15 of us in the ocean, riding the waves, trying to avoid several Portuguese man-of-war that were floating our way, laughing and enjoying the time together.

After a half hour or so, most left the water and ran off to do other things, and then there were just four of us dads left in the ocean. I cannot remember ever swimming at the beach when the water was like it was that day. The waves were coming fast and furious, each one bigger than any I could recall from past trips to the ocean. We hardly had time to get ready to float over one, or ride it in, before the next one came. When I caught a wave just right, it would take me speeding toward the beach. It was exhilarating. When I caught it too early or too late, it would spin me crazily around underwater like a dishrag in the spin cycle.

It occurred to me later that evening as we were singing worship songs and I was preparing to teach, that I would not have been in the ocean that day by myself. It was just too risky. I was constantly checking on the other men to make sure they were still ‘above their circumstances,’ as I am sure they were doing the same for me and the others. We were staying close together, none drifting out further than the rest. We wanted to ensure that the waves did not produce any casualties that day.

I remember the story from “The War,” documentary by Ken Burns, about the U.S. sailors who were in the ocean for days after their ship was destroyed by the Japanese. Sharks found the men and began to come, every day, to pick them apart. Imagine the horror of knowing that the sharks would be back in a few hours, and this time they may be coming for you.

The sad truth is that there are men in all of our churches who are facing the dangerous waves of financial destruction or marriage breakup or addiction to pornography or worse. The sharks of loneliness, depression and despair are circling. Many of these men are isolated, drifting further from the shore, further from the brothers who are there and can help, further from hope. Some don’t know where to turn because they have been consumed with pursuing their own dreams of financial success and relationships with friends simply have not been a priority. Others know exactly what to do and where to go, but pride or shame or embarrassment keeps them drifting away while they look longingly at the band of brothers they used to know and love.

The Bible says, “Exhort one another every day ... that none of you may be hardened by the deceitfulness of sin.”

Men, we need brothers who will stay close to us, tell us the truth and help us get past the breakers and into calmer waters, men who will pray for us when we are in over our heads. These men will most likely not be found at the social club or the golf course or the bar. Go to the closest church where the Bible is still being faithfully preached and men are still being challenged to be men ... you will find some brothers there.

Maybe I will see you tomorrow at church.
By Mark Fox