These are the moments we never forget 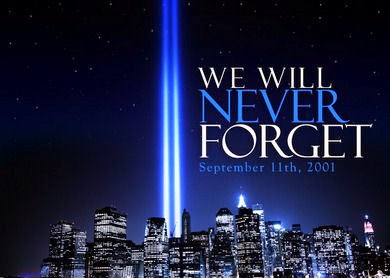 Some memories are permanently etched on our minds. Others fade with time. Everyone who is at least 18 years old remembers where he was on Tuesday morning, Sept. 11, 2001, when jetliners were flown into the World Trade Center. I was at college coffee at Elon, just after my 8 a.m. class, and oblivious to what had been taking place minutes earlier. Another professor mentioned the horror of it, and I asked her what she was talking about. Then I walked/ran back to the Communications building and watched with a group of 30 or so as the story unfolded before us on the plasma screen. A few students were crying, and when I found out they had relatives who worked in New York, several of us talked with them, to give comfort and to “weep with those who weep.”

I asked my college students last week how old they were when the terrorist attack happened, and most of them said they were in the first grade. I smiled and said, “When I was in the first grade, in Mrs. Miller’s class, our principal came over the intercom and let everyone in the school know that President John F. Kennedy, had just been shot in Dallas.” There was silence in the classroom for a second, and then one of the students said, “See? Bad things happen to us when we are in the first grade.” Well, that lightened the mood for a moment, but the thought lingered long after the laughter subsided: there are moments in all of our lives that shape us. Some are collective memories, as the day the terrorists attacked or the assassin struck or the space shuttle exploded. Others are personal memories.

I will never forget the moment when a camp counselor threw me off a dock. We were all swimming in the lake. Well, this little 8-year-old wasn’t, because I had not yet learned to swim. The counselor thought I was just being timid, so he decided to help me along with his form of shock therapy. He picked me up and said, “Let’s go Fox,” and threw me into the murky water. When I fought my way to the surface and spluttered, “I can’t swim!” the counselor had a totally different revelation about his technique. But I became a swimmer that day.

I will never forget getting the phone call at college that my grandfather had died. He wasn’t just my mother’s father. He was one of my best friends. As a teenager I liked nothing better than sitting under a dogwood tree in his front yard, talking about life, hearing his stories, and enjoying the love that we shared for each other. I became acquainted with grief that day.

I will never forget the moment when I met Cindy for the first time. We were both students at UNC, and though we lived in the same apartment complex, we had never met. Until a warm day in May of 1981. When a new friend took me to meet the four girls, I saw the others but not really. There was just Cindy, and though it was in the light of day, I could have burst into the Flamingo’s tune and crooned, “Are the stars out tonight? I don’t know if it’s cloudy or bright, cause I only have eyes for you.” It’s good that I didn’t. That may have forever marred the memory for both of us. As it is, I found my lifelong companion that day.

There are moments that shape us. Through it all, there is a God who loves us.
By Mark Fox