The story cannot be changed 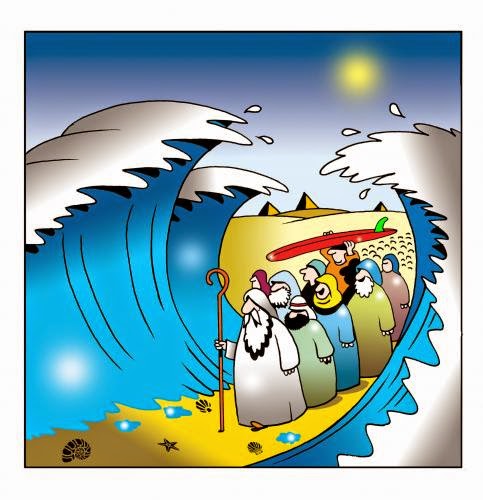 Nine-year-old Joey was asked by his mother what he had learned in Sunday school. “Well, Mom, our teacher told us how God sent Moses behind enemy lines on a rescue mission to lead the Israelites out of Egypt. When he got to the Red Sea, he had his engineers build a pontoon bridge, and all the people walked across safely. He used his walkie-talkie to radio headquarters and call in an air strike. They sent in bombers to blow up the bridge and the Egyptian army, and all the Israelites were saved.”

“Now, Joey, is that REALLY what your teacher taught you?” his mother asked. “Well, no, Mom, but if I told it the way the teacher did, you’d never believe it!”

The temptation to change the story of the Gospel to make it either more exciting or less offensive is one we in the church have all struggled with. Even Paul the apostle may have been tempted to do that in Jerusalem when he was attacked by an angry mob. Given the chance to speak to them before the Roman authorities carried him away, Paul spoke about his journey from strict Pharisee to follower of Christ. He told the truth, starting with the fact that he was a Jew like his listeners, but unlike many of them, he had received the privilege of being trained at the feet of Gamaliel. That would have resonated with the crowd, much like hearing someone say today that he received a PhD from an Ivy League school. Paul also told them that he was once a persecutor of Christians, dragging them to prison, even consenting to their executions. Then the story took a turn, as Paul described his conversion that clearly came from heaven. He did not go looking for Jesus, but Jesus came looking for him. He was blinded by a light from heaven, and heard the voice of the resurrected Christ from heaven. He called Jesus “Lord” that day, and was led by the hand into Damascus where three days later he received his commission from God to go and be a witness. Ananias told Paul, “The God of our fathers appointed you to know His will, to see the Righteous One and to hear a voice from His mouth; for you will be a witness for Him to everyone of what you have seen and heard.”

Notice what is missing from this story that has often been added by those today who want to rewrite it. Jesus did not appear to Paul and say that he was fine in his Jewishness and just needed to be nicer to people and try to get along with everyone, no matter what their faith journey happened to be. Jesus did not “cross over to Paul.” He clearly invited, even commanded, that Paul cross over to Him. Paul would go on to write 13 New Testament books, and make statements like this: “But whatever gain I had (as a Jewish Pharisee), I counted as loss because of the surpassing worth of knowing Christ Jesus my Lord.”

Paul crossed over to Jesus and then spent the rest of his life telling others, no matter what their faith or religion happened to be, that they must do the same. He preached the Gospel to the Greeks, the Hebrews, the barbarians, the aristocrats, the slaves, and the free. Had the Islam religion existed in Paul’s day, I have no doubt he would have preached the Gospel to them, too. The story cannot be changed. It is the power of salvation to all who believe.
By Mark Fox